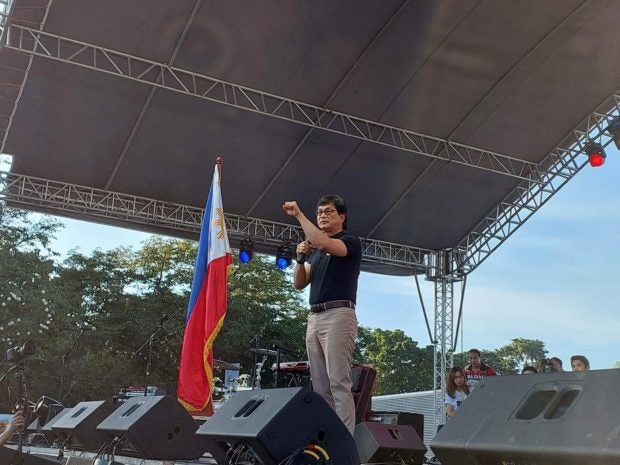 MANILA, Philippines —Department of the Interior and Local Government (DILG) Secretary Benjamin “Benhur” Abalos Jr. stressed the importance of uprooting the problem of illegal drugs during the launch of the “Buhay Ingatan, Droga’y Ayawan” or BIDA Program, which is meant to pioneer a renewed approach against illegal drugs under President Ferdinand Marcos Jr.’s administration.

Abalos said that despite the many arrests by officials from the National Bureau of Investigation (NBI),  Philippine Drug Enforcement Agency (PDEA) and other government agencies, the drug menace persists.

(That is why what we need here, not just arresting drug suspects. As a nation, we should each help other, uproot the problem).

The BIDA campaign is aimed at revamping the campaign against illegal drugs after Marcos said he wants a more holistic campaign within the frame of law.

Campaign vs illegal drugs to continue; PNP to be ‘compliant with law’ — Palace