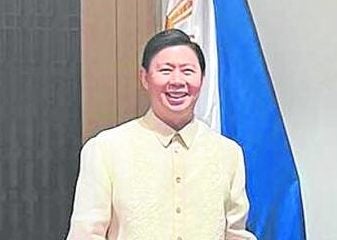 The officials of the Department of Health (DOH) welcomed the appointment of Emmanuel Ledesma Jr. as acting president and chief executive officer of Philippine Health Insurance Corp. (PhilHealth), hoping his management would hasten “reforms” in the state health insurer, which in recent years has been rocked by complaints over alleged corruption, questionable fund disbursements, bogus patient claims and delayed payment to hospitals.

Prior to this new position, Ledesma was already a member of the PhilHealth board of directors, according to Malacañang.

DOH officer in charge Maria Rosario Vergeire on Friday said “based on (Ledesma’s) qualifications … somehow he has [those] qualifications and experiences in management and governance.”

“We will just be guiding and working together with Mr. Ledesma with this post he’s been given. And there are a lot of excellent officials who can very well support him,” Vergeire said at a press briefing, adding that running PhilHealth requires “technical know-how especially on financing, actuaries and insurance systems.”

Vergeire and her team are set to meet with Ledesma and other PhilHealth officials—including his predecessor, Eli Santos—on Monday.

“One of the guidance that we will give to Ledesma as president and CEO would be to continue … and have these reforms in PhilHealth expedited,’’ she said.

Among these reforms, Vergeire said, are the expansion of outpatient benefit packages to include one for mental health, among others; improvement of the payment scheme for health-care providers; and having a “third-party risk assessment’’ to determine weaknesses in the PhilHealth system.

Malacañang announced Ledesma’s appointment as PhilHealth OIC on Thursday afternoon, shortly after he took his oath of office.

Following the President’s meeting with representatives of the private health-care sector, the Office of the Press Secretary said Mr. Marcos “tasked PhilHealth to check ‘best practices’ and include digitalization initiatives for improving health insurance operations and offering health benefits.”

He earlier served as president and CEO of the Power Sector Assets and Liabilities Management Corp. (PSALM) during the Benigno Aquino administration. PSALM is mainly tasked with the orderly sale and privatization of the government’s power assets.

Ledesma was appointed to head PSALM in September 2010, but was suspended for 90 days in May 2015 following a principals board meeting.

The reason for his suspension was not formally disclosed, but industry sources then pointed to Psalm’s decision to change the mode of procurement for the rehabilitation works in the Agus hydroelectric power power plant in Marawi City.

Prior to his suspension, the Governance Commission for GOCCs (government-owned and controlled corporations) recommended the replacement of Ledesma based on a complaint from a group that called itself “Concerned Employees of PSALM.”

Ledesma questioned his suspension for being “patently illegal” and sought a legal opinion on whether the PSALM board had the authority to suspend him as president and CEO, and to designate an OIC. He eventually resigned in July 2015.

In his resignation letter addressed to then President Benigno Aquino III, he spoke of “an orchestrated effort” to have him removed but maintained that the accusations against him were “without basis.”