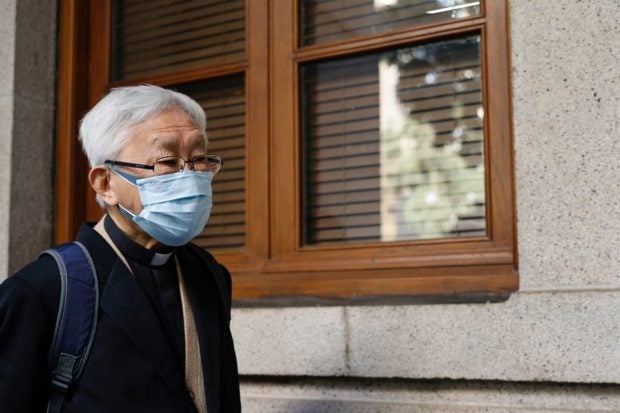 HONG KONG — One of Asia’s most senior Roman Catholic clerics, Cardinal Joseph Zen, 90, was found guilty of failing to register a now-disbanded fund for pro-democracy protesters and fined HK$4,000($512) on Friday by a Hong Kong court.

The May arrest of Zen and four others by the city’s national security police had triggered criticism from some Western governments, as it was seen to be part of a crackdown on dissent under a sweeping national security law imposed by China.

In her judgment, Principal Magistrate Ada Yim said the fund “had political objectives and thus it was not established solely for charitable purposes.”

Four other trustees of the fund, including barrister Margaret Ng, scholar Hui Po-keung, politician Cyd Ho, and singer Denise Ho were fined the same amount, while Sze Ching-wee, its secretary, was fined a smaller amount.

Zen, who has long been a staunch advocate of democratic rights and freedoms and a critic of the Chinese Communist Party, stressed that the fund had aimed to help people in need.

“Although I’m a religious figure, I hope this (case) won’t be associated with our freedom of religion. It’s not related.”

The six were charged with failing to register the “612 Humanitarian Relief Fund” that helped those arrested during pro-democracy protests in 2019 to pay legal and medical fees. All pleaded not guilty.

The Vatican had expressed concern for the safety of Zen, though it stopped short of explicitly criticizing authorities at the time.

On Friday, Yim ruled that the fund was a local society run like a trust fund and the committee members shared common political ideals and goals.

Prosecutor Anthony Chau told the court that requiring the fund to register did not infringe on freedom of association, adding that it had spent most of the donations of more than HK$450 million ($57 million) it received.

“It’s the first time ever that anyone had to serve this charge under the societies ordinance for failing to register,” said Ng, the lawyer.

The group would take time to decide its next steps as freedom of association in Hong Kong remains “extremely important,” she added.

Zen was represented by lawyer Robert Pang, who told the court the fund should not be considered an association or society, arguing that the defendants were not members of a society and had only helped run a fund.

Even after the verdict, authorities could still take further action against Zen and the rest, as police investigate an accusation of “collusion with foreign forces.”