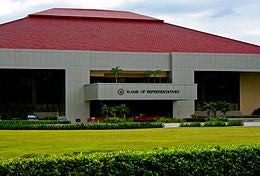 MANILA, Philippines — Two House of Representatives committees have formed a technical working group (TWG) to study and consolidate bills seeking to amend a provision in Republic Act No. 7160 or the Local Government Code on the Special Education Fund (SEF).

These bills seek to change portions of R.A. No. 7160: for example, HB No. 558 from the House’s Makabayan bloc proposes that Sections 235 and 272 of the said law be amended to allow local government units within the Metropolitan Manila Area to collect two percent of the assessed real property tax for the SEF.

HB No. 1200 from Pangasinan 6th District Rep. Marlyn Primicias-Agabas, meanwhile, does not change the one percent allocation under Sections 235 and 272, but instead provides a detailed list of where the SEF could be used.

Such differences are expected to be threshed out by the TWG headed by Muntinlupa City Rep. Jaime Fresnedi.

Funds for special education or SpEd were heavily discussed during deliberations on the proposed 2023 national budget at the House committee level. Even after the House approved the budget on third reading, several lawmakers like Camarines Sur 3rd District Rep. Gabriel Bordado Jr. asked his colleagues to act on their request for higher funds for the SpEd sector.

This was after no budget was given to the said provision in the 2023 General Appropriations Bill.

Aside from amendments to the SEF levy and allocation, the joint committee also approved motions for the creation of another TWG, this time headed by General Santos City Rep. Loreto Acharon, on HB No. 2950 and 3690 which seek to expand and strengthen local school boards.