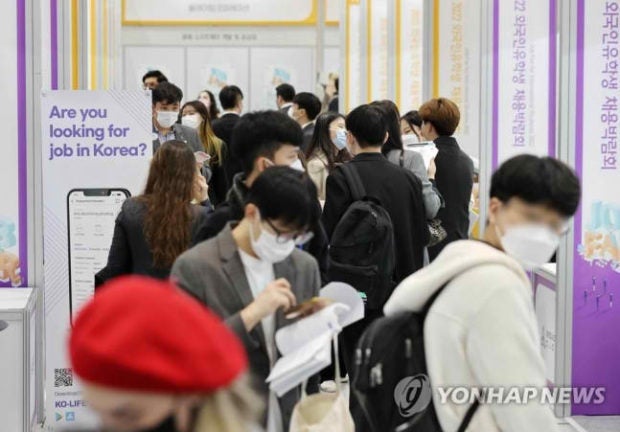 SEOUL — A significant number of foreign students who come to Korea to study, stay in the country after their visa expires, a report showed. The Education Ministry deemed the COVID-19 pandemic could have had an influence.

The figures show that roughly 30,000 new students came to Korea for studying this year.

It can be presumed a large number of students who come to Korea for studying are overstaying their visa, showing an even higher rate than those who come with a working visa.

Around 80,000 foreigners come to Korea with a E-9 non-professional employment visa every year. Of that number, 8,153 have been added to the list of those who are overstaying their visa this year.

The Education Ministry suspects some foreign students drop out of schools for financial reasons, including gaining employment.

“Some universities that invite foreign students fail to properly manage the students. With the COVID-19 pandemic and everything, students at those universities have dropped out of schools,” an official from the Education Ministry said. “Of course, there are also those who come to Korea with a student visa for other purposes.”

An earlier report by the Korea Immigration Service in September showed about two-thirds of foreign students who dropped out of school have been staying in Korea without a valid visa.

Independent lawmaker Rep. Min Hyung-bae who requested the information, pointed out the increase could be in relation to the limited numbers of flights amid the COVID-19 pandemic and Korea’s strict penalty system which imposes fine on those who have overstayed their visa when they leave the country.

In response, the Justice Ministry said it will make an exemption on the fine and ease down on the reentry measures for illegal immigrants who choose to voluntarily leave the country until February.