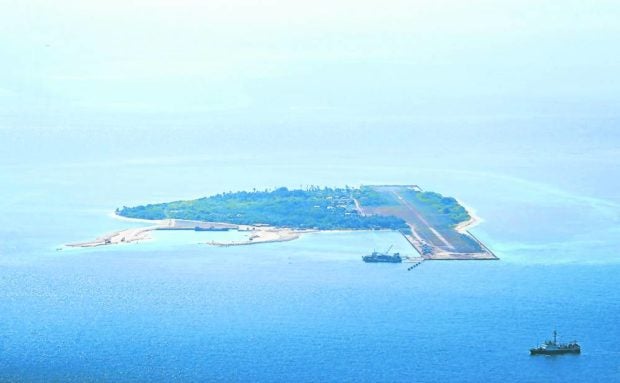 MANILA, Philippines — An organization of fisherfolks on Thursday asked President Ferdinand Marcos Jr. to denounce China’s “forceful” retrieval of debris from its rocket near Pagasa Island in the West Philippine Sea.

So far, the Department of Foreign Affairs (DFA) said the government has sent a note verbale to China about the incident.

“We demand the Marcos administration to strongly castigate China over this incident that displayed utter disrespect to our territorial integrity. Marcos Jr. should summon the Chinese Ambassador to the Philippines and convey his formal and stern diplomatic protest to China,” said Pamalakaya national spokesperson Ronnel Arambulo.

According to Arambulo, China’s retrieval of the rocket debris near Pagasa Island shows that it can enter within the 15-kilometer municipal fishing waters of the Philippines, which is the fishing ground for small fishers.

“If Chinese militia could easily subdue our naval forces, one can only imagine the threat and fear they bring to our small municipal fisherfolk,” he said.

Philippine naval authorities said a Chinese coast guard ship had “forcefully retrieved” the debris while towing it back to land.

“This daring move by Chinese forces deserves to be raised in the international community for condemnation. We can never accept China’s hostile attitude towards Filipinos in our own territorial waters,” Arambulo stressed.

Pamalakaya protested against China before the United Nations in the past. The group said a similar protest would be filed following the recent incident in the West Philippine Sea.