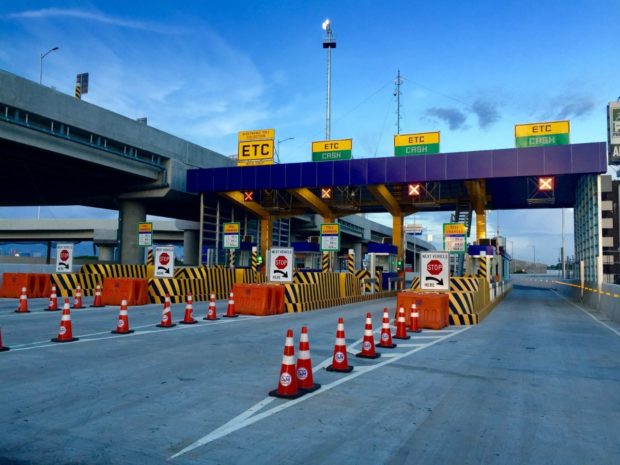 MANILA, Philippines — The toll operators and Toll Regulatory Board (TRB) voiced different opinions on whether a law is needed to implement the interoperability of electronic toll collection (ETC) systems after lawmakers lamented the slow pace of developments.

During the House of Representatives Committee on transportation hearing on House Resolution No. 159 — which calls for the fast-tracking of the interoperability measures — committee chair and Antipolo City 2nd District Rep. Romeo Acop asked stakeholders whether they think a law is needed.

“May I ask you, do we need a law to implement this project? […] Because you already have an agreement, you’re supposed to be bound by this agreement, the provisions thereat are the laws that you are supposed to follow, specially those who signed the memorandum of agreement, right?” Acop asked in Filipino.

In response, Department of Transportation (DOTr) Undersecretary Steve Pastor said they believe a law would help push for interoperability between the expressways’ ETC systems, but the memorandum of agreement (MOA) signed by tollway operators is enough for now.

“Passing a law is beneficial but according to the [MOA], and as per the regulatory functions of TRB, it is respectfully submitted that such document and mandate is sufficient for us to enforce this program, Mr. Chair,” Pastor told lawmakers.

“And under the leadership of Secretary Bautista, we undertake Mr. Chair to push forward as chairperson of the board (of TRB),” he added.

“As for the TRB, Mr. Chair, yes (we need a law) […] although sir we have a MOA, we badly need a law so that the enforcement, the implementation of the project would be better with a law. Sir, it would be a great help if we [had] a law,” she said.

Acop said such answers confuse the committee because crafting a law would take much time and delay projects even further.

Toll concessionaires, however, believe that no law is needed. MPTC and SMC Infrastructure representatives said that the MOA is enough to ensure interoperability between the tollways.

“Mr. Chairman for our part, we believe that the MOA for now should be implemented judiciously and expeditiously, and given the commitments today, the MOA has sufficient guidelines and parameters by which to comply with the requirement,” Quimbo said.

“I believe Mr. Chairman that we can live with the MOA, and as long as the parties see to it, the timelines are observed, and maybe with the oversight function of the committee, the objectives can be realized,” he added.

“For SMC’s part Mr. Chair, I don’t think we need a law. I think what we need would be directives from the TRB implementing the MOA,” he added.

Currently, there is House Bill No. 1966 by Cavite 3rd District Rep. Adrian Jay Advincula which seeks to have a unified toll collection system for all the toll concessionaires.

This is to address motorists’ need to have Autosweep and Easytrip in different segments. For example, a motorist traveling to Tagaytay from Manila can save time by skipping Sta. Rosa, Laguna by using CalaX. However, a motorist needs to have both Autosweep for the Skyway Stage 3 and SLEx, along with Easytrip for CaLaX.