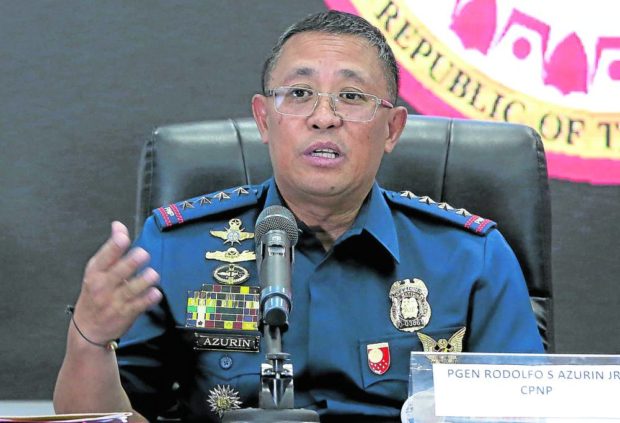 MANILA, Philippines – In light of the second criminal conviction handed down to police officers involved in the bloody drug war of the former administration, the Philippine National Police (PNP) insisted that errant acts committed by its personnel are not a reflection of the entire police force.

And while it is undertaking a “more holistic” direction in the government’s anti-illegal drugs campaign, the PNP also said it cannot promise zero casualties in police operations, noting that the safety of its personnel is “also a priority.”

Perez and another accused policeman, Ricky Arquilita, were relieved from their respective PNP posts in 2018, but Arquilita died of suspected liver disease while the trial was still ongoing, extinguishing his liabilities and leaving Perez to serve the sentence of two life terms.

Aqruilita and Perez were relieved from their respective PNP posts in 2018, but the former died of liver disease while the trial was still ongoing, leaving Perez to serve the sentence of two life terms.

“The Philippine National Police remains steadfast in our sworn duty to uphold and respect human rights in all aspects of police operations in fighting criminality,” Azurin said in a statement.

He expressed belief that the accused officers were given the opportunity to present their side before the court, noting that the guilty decision was “a result of a fair, full-blown trial.”

“Nevertheless, any acts committed by erring personnel does not reflect the views of the whole  PNP organization. The PNP has always maintained its stance to uphold the rule of law in all its undertakings,” the country’s top cop added.

He then reiterated the PNP’s commitment to shift the direction of its crackdown on criminality and illegal drugs by adopting a “more holistic approach” that involves both the Church and the community.

“The PNP, however, cannot promise a zero casualty in its police operations, the safety of our personnel is also a priority,” Azurin said. “They need to defend themselves when attacked or the lives of innocent civilians are on the line but with the strict observance of human rights at all times. We are keen on observing different approaches to our anti-crime campaign to minimize, if not avoid, armed confrontations in our police operations.”

The conviction of Perez is only the second guilty decision handed to police officers involved in the blood-marred anti-illegal drugs campaign during the administration of former President Rodrigo Duterte.

The first was in 2018, when police officers Arnel Oares, Jeremias Pereda, and Jerwin Cruz were found guilty for the murder of 17-year-old high school student Kian delos Santos.