‘It felt like the end of the world’: Indonesia quake survivors recount harrowing experience | Inquirer News 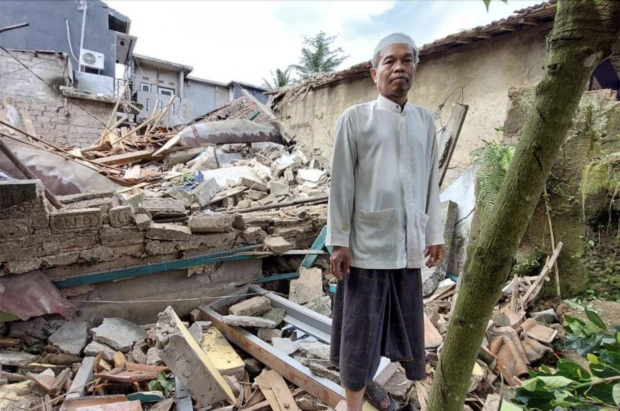 Mr Jajang Nurdin managed to save his wife, who was pinned under the rubble, with the help of neighbors. The Straits Times/Asia News Network

CUGENANG, Indonesia – Mr Jajang Nurdin was about to tuck into his lunch of rice and salted fish when he felt the ground suddenly “shake vigorously like waves”.

Then, the walls of the rice farmer’s house started crumbling.

As bricks fell on him and with blood flowing from his head, he grabbed his toddler and ran out of his home in Sukamanah village, one of the areas worst hit by the quake in West Java on Monday.

Then Mr Jajang heard someone crying behind him and turned to see his wife pinned under the rubble.

“Only her head was visible. I was so shocked, I felt like fainting. It really felt like it was the end of the world,” he told The Straits Times from his home – now reduced to a pile of debris.

Mr Jajang jumped through a window, and with the help of neighbors, managed to extricate his wife alive.

“I lost my house, but God is kind, my family and I survived,” he added. “A house can be rebuilt, money can be earned again, but you cannot bring back your dead loved ones.”

Dozens of lower intensity aftershocks kept Mr Jajang and his neighbors from sleeping at night. Many of the villagers camped outside their houses or huddled together in makeshift shelters.

Mr Agus Juanda, 34, an odd-job laborer, was among a hundred people who chose to stay in a makeshift shelter. Mr Agus said he was still traumatized after saving his four-year-old son from a collapsed neighbor’s house. 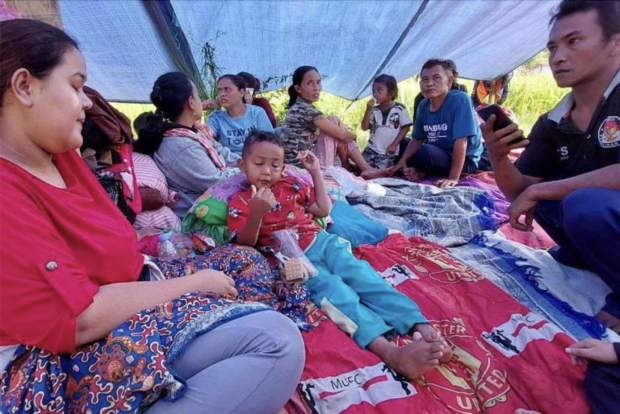 Mr Agus Juanda (right) with his wife Lisda (left) and son. He had to save his four-year-old son from a collapsed neighbor’s house. The Straits Times/Asia News Network

“My son was playing with two other boys. One boy managed to escape, while I managed to get another out of the house. Suddenly I heard whimpers, which sounded like my son’s voice, but couldn’t locate him,” he said.

“I began digging through the debris with my bare hands. My hand touched his body and I pulled him out. The fear of losing him was unimaginable,” he added.

Immediately after the quake, thick grey dust covered the roads and got into people’s nostrils and eyes, blinding them momentarily, residents said.

Mr Ade Sutansyah, 56, one of the village heads, recalled a sound like thunder that lasted several seconds when the temblor began. He threw the pile of wood that he just chopped aside and shouted for everyone to leave their homes.

“The quake made a loud whirring sound. That, and noises of people panicking and screaming, houses toppling, made everything very chaotic,” he said. “A resident died. She was at home praying.”

The quake also triggered landslides, including at a hillside in Cugenang district. Residents told The Straits Times that there used to be dozens of houses there that were swept away.

One woman was seen weeping near the site, the fate of her father unknown.

“He was only delivering rice to a food stall here. It was supposed to be a five-minute job at most. I think he might be buried under the earth. I called him many times, but his phone was dead,” she said, wiping her tears with a headscarf.