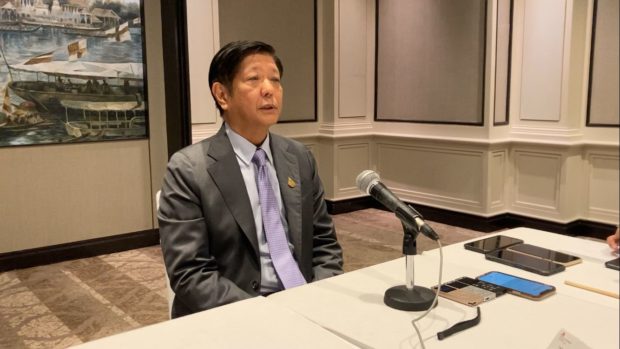 President Marcos’ recent string of trips abroad is an attempt at “rehabilitating and repackaging” his family’s name in front of the international community.

A Makabayan lawmaker made this remark a few days after Mr. Marcos returned from Thailand where he attended the Asia-Pacific Economic Cooperation (Apec) summit last week.

On Monday, House deputy minority leader Rep. France Castro said the President’s recent foreign trips were not really for the benefit of Filipinos, but for his family.

“The string of foreign trips is more for rehabilitating and repackaging the Marcos name in front of the international community, rather than uplifting the lives of Filipinos,” she said.

Castro added: “By hobnobbing with the current movers and shakers of the world, the President is slowly trying to erase the corruption-laden and human rights violations-rife name of his father.”

The President returned on Saturday night after attending the Apec summit in Bangkok. Days earlier, he attended the Association of Southeast Asian Nations (Asean) summit in Cambodia.

Castro noted the President’s remarks during the Apec summit where he raised issues such as food security, pandemic preparedness, the environment and the impact of climate change.

“He went to the Apec saying countries must prioritize food security, continue to invest in pandemic preparedness and ensure the resilience of the global health system. But what is happening in the Philippines? Farmers still do not own the land they till and there is also rampant land use conversion of agricultural lands to residential and industrial use of his allies,” she said.

She added: “The President also talked about the environment and climate change, but government policies in the Philippines continue to exacerbate such problems due to large scale mining, deforestation and making of mega dams.”

Earlier, Mr. Marcos also made state visits to Indonesia and Singapore, followed by a working visit to the United States.

In December, the President is expected to attend a summit of the Asean and the European Union to be held in Brussels, Belgium. INQ