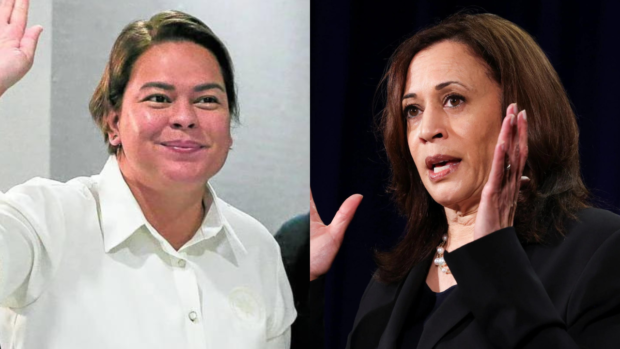 MANILA, Philippines — Vice President Sara Duterte on Monday told her United States counterpart Kamala Harris that one of her priority agendas is security and anti-terrorism, saying that security is her “first love.”

In the Office of the Vice President’s (OVP) briefer of the meeting between the two leaders, it said that Harris reiterated to Duterte the US’ strong commitment to the Philippines against forces that might attack the country.

Duterte, for her part, said she is prioritizing security and anti-terrorism, having been brought up in Mindanao.

“VP Sara Duterte said that coming from Mindanao, one of her agendas is security and anti-terrorism. She said, ‘security is my first love,” the OVP said, quoting Duterte.

According to the OVP, Harris told Duterte that she was impressed by her work and responsibilities as the Vice President and Education Secretary.

The OVP said both leaders talked about training that could help create jobs, with Duterte pointing out that the Philippine government is implementing the K-12 program and is working with the Technical Education and Skills Development Authority on skills training for senior high school learners.

After Harris’ meeting with Duterte, she paid a courtesy call on President Ferdinand “Bongbong” Marcos Jr. at the Malacañang Palace.

Harris is the highest-ranking US government official to have visited the Philippines since Marcos assumed office.

She will be in the country for a three-day official trip, where she will also visit Palawan province to meet with Philippine Coast Guard members.

President Marcos said he saw no reason Harris’ visit to the Philippines, especially to Palawan, would stir tensions between the Philippines and China — considering the island province is the closest to the West Philippine Sea.