PH adopts 200 UN recommendations on rights, to ‘examine’ 89 others 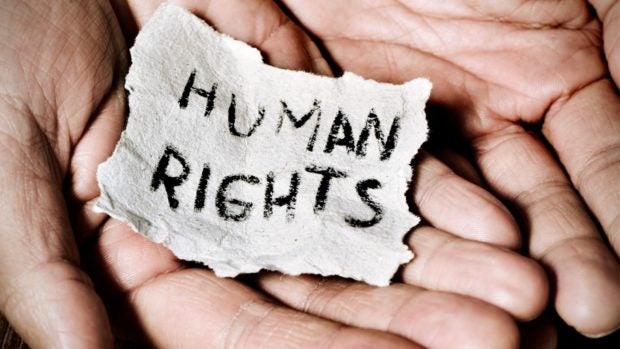 MANILA, Philippines – Ending all efforts to revive the death penalty and reorienting the “punitive approach” in the war on illegal drugs were among the recommendations accepted by the Philippines before the United Nations’ periodic review on the country’s human rights situation.

But the country also informed the UN Human Rights Council that it will “review” 89 of the 289 recommendations by the body’s member states.

The country’s delegates accepted the recommendation to dispense with the “punitive approach” in the drug war and focus instead on prevention and education — as called for by Estonia, Pakistan, Panama, Romania, South Korea, the United Kingdom as well as Cuba and Ukraine.

Chile suggested an independent, impartial, and effective investigation of the alleged summary executions in the drug war.

The Czech Republic, meanwhile, recommended an independent inquiry into the extrajudicial killings to ensure accountability for perpetrators “as well as justice, remedy and reparations for victims and their families.”

The Philippines agreed to provide such a remedy and reparations.

President Ferdinand Marcos Jr. had earlier said he would continue the drug war of his predecessor, Rodrigo Duterte, but noted that the Philippine National Police would recalibrate that policy.

Uruguay, in particular, said the Philippines should reaffirm this commitment “in the interest of fulfilling the State’s obligations as a party to the Second Optional Protocol to the International Covenant on Civil and Political Rights.”

The Philippines also agreed to conduct a thorough investigation into the deaths, threats, and harassment of journalists; hold perpetrators of alleged cases of torture accountable; develop a national action plan for inclusive education and make access to public education a priority; ensure the well-being of persons with disabilities.

As for the controversial practice of Red-tagging, the country only agreed to place this and the suggestion to abolish the National Task Force to End Local Communist Armed Conflict (NTF-Elcac) under review.

Sierra Leone urged the abolition of the task force as well as an end to Red-tagging, which was also raised by Sweden, Liechtenstein, and the United States.

The Philippines said it will “examine” those recommendations and “provide responses in due time, but not later than the 52nd session of the Human Rights Council” in February next year.

The country also placed “under review” the recommendation to rejoin the 2002 Rome Statute which formed the International Criminal Court (ICC).

Duterte formally withdrew from the treaty in 2018, following the ICC’s probe into his drug war.

Marcos had said he would not allow ICC investigators to enter the country, since the justice system can handle such cases related to the killings.

Member states which recommended that the Philippines rejoin the ICC were France, Luxembourg, Portugal, Liechtenstein, Costa Rica, Latvia, and Austria.

Rights group Karapatan said the President should abide by those commitments.

“The Philippine government should walk the talk and acknowledge the wrongs that have been done,” Karapatan secretary general Cristina Palabay told the Inquirer.

She added: “There should be time-bound indicators on this, and if there is no substantial progress, it is imperative that the UN Human Rights Council should take more decisive steps including an independent investigation to address the human rights crisis.”