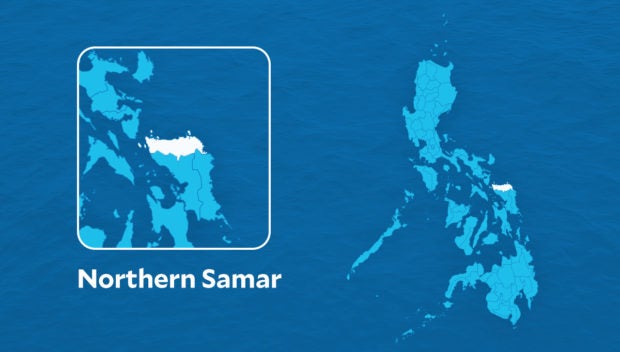 Captain Valben Almirante, the civil military operations officer of the 803rd Infantry Brigade (IB) based in Catarman town, Northern Samar, said the area of the firefight was so remote that the bodies of the two suspected rebels were only brought to the town proper on Saturday night.

Almirante said the bodies will be turned over to their families or relatives otherwise they will be buried at the San Isidro public cemetery.

The soldiers, he said, were in the vicinity of Barangay Happy Valley at about 12:30 p.m. when about 20 suspected rebels started shooting at them.

To protect themselves, the soldiers returned fire and killed the two suspected rebels.

The three other suspected rebels, who were arrested, were turned over to the custody of the San Isidro police.

Almirante said the rebels were members of the Front Committee 2 and Sub-Regional Guerilla Unit of the Sub-Regional Committee “Emporium” of the Eastern Visayas Regional Party Committee.

Col. Perfecto Peñaredondo, the brigade commander of the 803rd IB, expressed his gratitude to the people of Barangay Happy for their cooperation In the fight against insurgency.

He also urged the remaining members of the communist rebels to return to the folds of the law.

2 soldiers hurt in clash with NPA rebels in Northern Samar

Your subscription could not be saved. Please try again.
Your subscription has been successful.
Read Next
Negotiating with Moscow would be capitulation–Ukraine presidency
EDITORS' PICK
Omega Speedmaster super racing: Tiny device massive change
Fuel price rollback expected on Feb 7
House energy committee chair Arroyo bats for cheap electricity
Philippine-United States alliance ‘rock solid’ — DFA
Makabayan bloc blasts bid to expand US access to more military bases in PH
vivo Philippines offers a free bouquet of flowers and a premium necklace perfect for Valentine’s Day
MOST READ
Vice Ganda gets called out for ‘unfair treatment’ of ‘It’s Showtime’ co-host Karylle
Fuel price rollback expected on Feb 7
Kris Aquino gets ‘renewed confidence’ after consultation with new doctor: ‘I have a strong chance of getting better’
Pentagon tracking Chinese spy balloon over US
Don't miss out on the latest news and information.