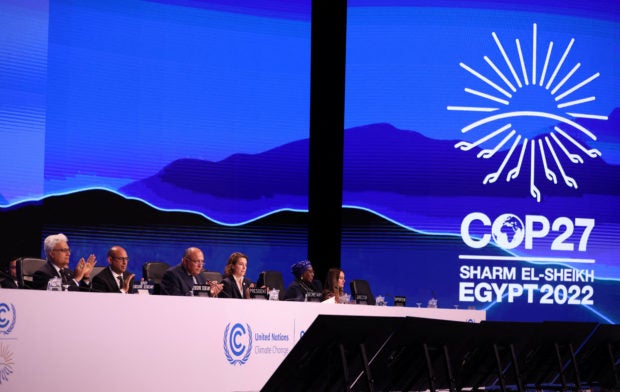 SHARM EL-SHEIKH, Egypt — Countries agreed early Sunday at the COP27 climate summit to set up a fund to help poor countries being battered by climate disasters, but paused before backing a wider deal outlining global resolve to fight climate change.

After tense negotiations that ran through the night, the Egyptian COP27 presidency released a text of the draft agreement – and simultaneously called a plenary session to gavel it through as a final, overarching agreement.

The session approved the text’s provision to set up a “loss and damage” fund to help developing countries bear the immediate costs of climate-fueled events such as storms and floods.

But immediately after, Switzerland called for a 30-minute suspension to allow time to study the new text. Negotiators earlier had expressed worry about changes being negotiated and written so late in the process.

For daily comprehensive coverage on COP27 in your inbox, sign up for the Reuters Sustainable Switch newsletter here.