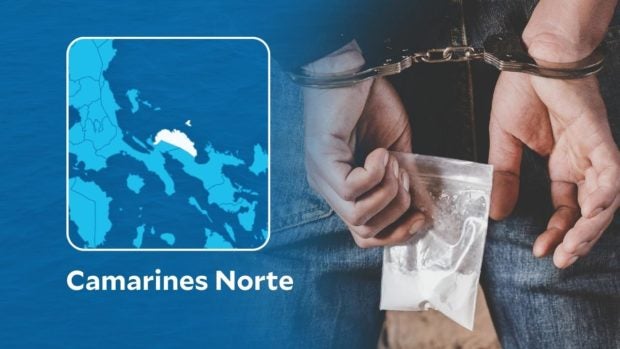 The Camarines Norte police said in a report that Dexter Punzalan, 44, was arrested in Barangay (village) Mancruz at around 1 a.m.

Police recovered a medium sachet of shabu and a caliber .38 gun with five bullets from the suspect.

Punzalan was included in the illegal drugs watch list in the Bicol region.

P100K worth of ‘shabu’ seized in Camarines Norte