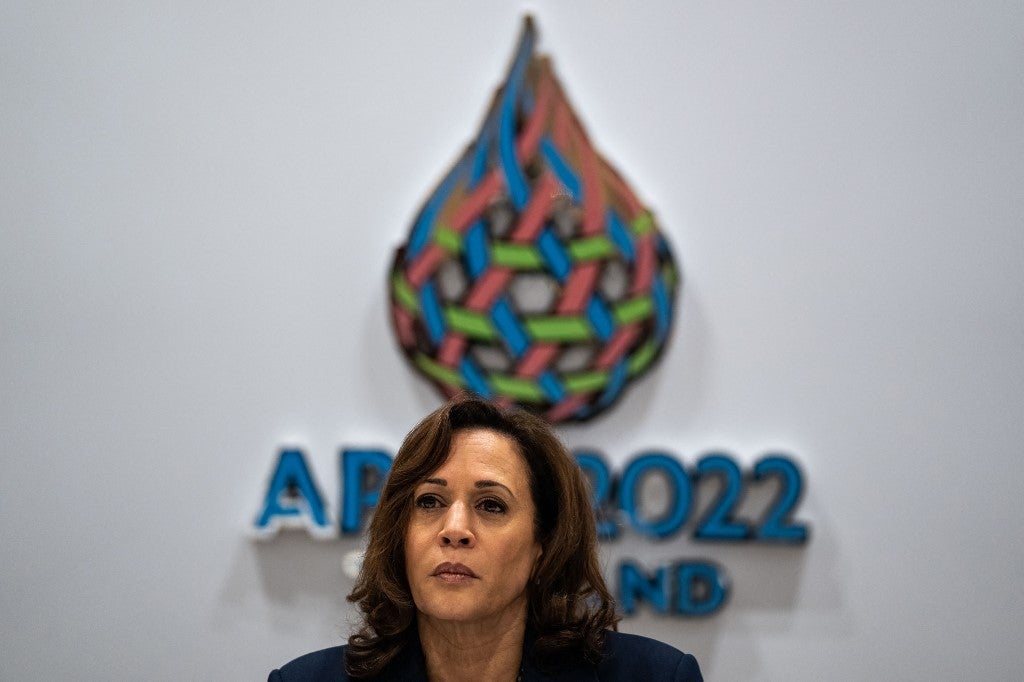 Harris spoke to the Chinese leader as they entered a retreat in Bangkok during a summit of the Asia-Pacific Economic Cooperation (APEC) forum, a White House official said.

The vice president reinforced Biden’s message that “we must maintain open lines of communication to responsibly manage the competition between our countries,” the official said on condition of anonymity.

The meeting came after the United States said it was looking for China to do more to rein in its ally North Korea, which on Friday test-fired a ballistic missile that US and Japanese officials said was capable of hitting the US mainland.

Xi, who is on only his second overseas trip since the pandemic, has been meeting widely with foreign leaders both in Bangkok and earlier in the week at a Group of 20 summit in Bali.

On Monday, Xi met for three hours with Biden at a hotel on the Indonesian resort island, the first in-person talks between the leaders of the world’s two largest economies since they both became president.

Both sides put a positive spin on the meeting, saying they hoped to prevent recent tensions from spiraling out of control and wanted to cooperate on areas such as climate change.

The Biden-Xi summit and the brief meeting with Harris come ahead of a planned visit to China early next year by Secretary of State Antony Blinken, the first by the top US diplomat since 2018.

“We do think that Beijing has a role to play,” another senior US official accompanying Harris said on Friday.

China should use its influence to persuade North Korea “not to go in this provocative direction, which only destabilizes the region and the world”, the official said.

Tensions between the United States and China have soared in particular over Taiwan, the self-ruling democracy claimed by Beijing.

China in August carried out major military exercises seen as a trial run for an invasion after a solidarity visit to Taiwan by House Speaker Nancy Pelosi, who is second in line to the White House.

Xi told Biden that support for Taiwan was a red line. Biden later told reporters that the two leaders understood each other’s positions and that he did not expect an “imminent” invasion of Taiwan.

The United States has also been pressing China to limit support to Russia in its invasion of Ukraine, with US officials cautiously upbeat that Beijing has not sent military supplies.