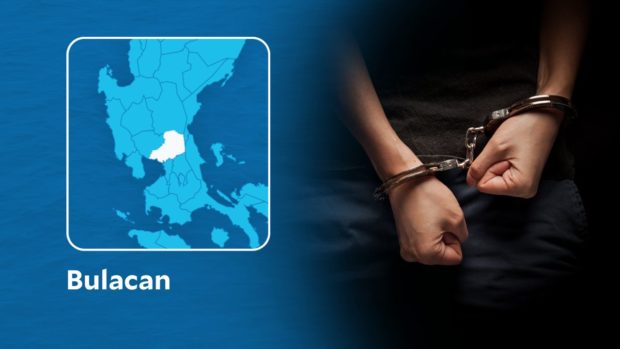 GUIGUINTO, Bulacan — Police arrested Friday (November 18) two suspects in the killing of a 55-year-old owner of a ‘carinderia’ (small roadside restaurant) that they also robbed in this town, report said Saturday (November 19).

Bulacan police director Colonel Relly Arnedo said in a statement that suspects Juan Majica, 22, and Leonard Monata, 28, were arrested by Guiguinto police around 11:30 a.m. near the village hall of Malis, several hours after they robbed and killed Imelda Cabigting at 2 a.m.

The report said the suspects took P50,000 cash money from the victim, who was also a fish and vegetable vendor, in NorthVille 7 in Barangay (village) Malis.

Cabigting was on board a tricycle and on her regular early morning ride to Balagtas town market to buy goods for her stall when the suspects, who were riding a motorcycle, suddenly blocked the way and declared the hold-up.

Guiguinto police chief Colonel Jowilouie Bilaro said Cabigting recognized the suspects as her regular customers in her carinderia to whom she often served meals for free.

Monata then threatened her and fired shots at a stray dog in the area to scare Cabigting into giving up her bag.

Bilaro said the suspects, who got frustrated because the amount was smaller than they expected, then shot the victim three times in the head and chest, killing her instantly.

The tricycle driver, who was not identified in the report, immediately ran away and sought help from village watchmen.

Police then launched a hot pursuit operation against the suspects after they escaped with the loot.

Police said the two suspects also perpetrated a series of robbery hold-up incidents, including those done in 24-hour convenience stores and motorcycle shops in and out of Guiguinto town.

Bilaro told Inquirer that the duo, who alternately operated as the motorcycle driver and the shooter, are facing homicide, robbery hold-up, and illegal possession of firearm charges.

Bilaro also called on the other victims of the duo to come forward to file additional charges against them.