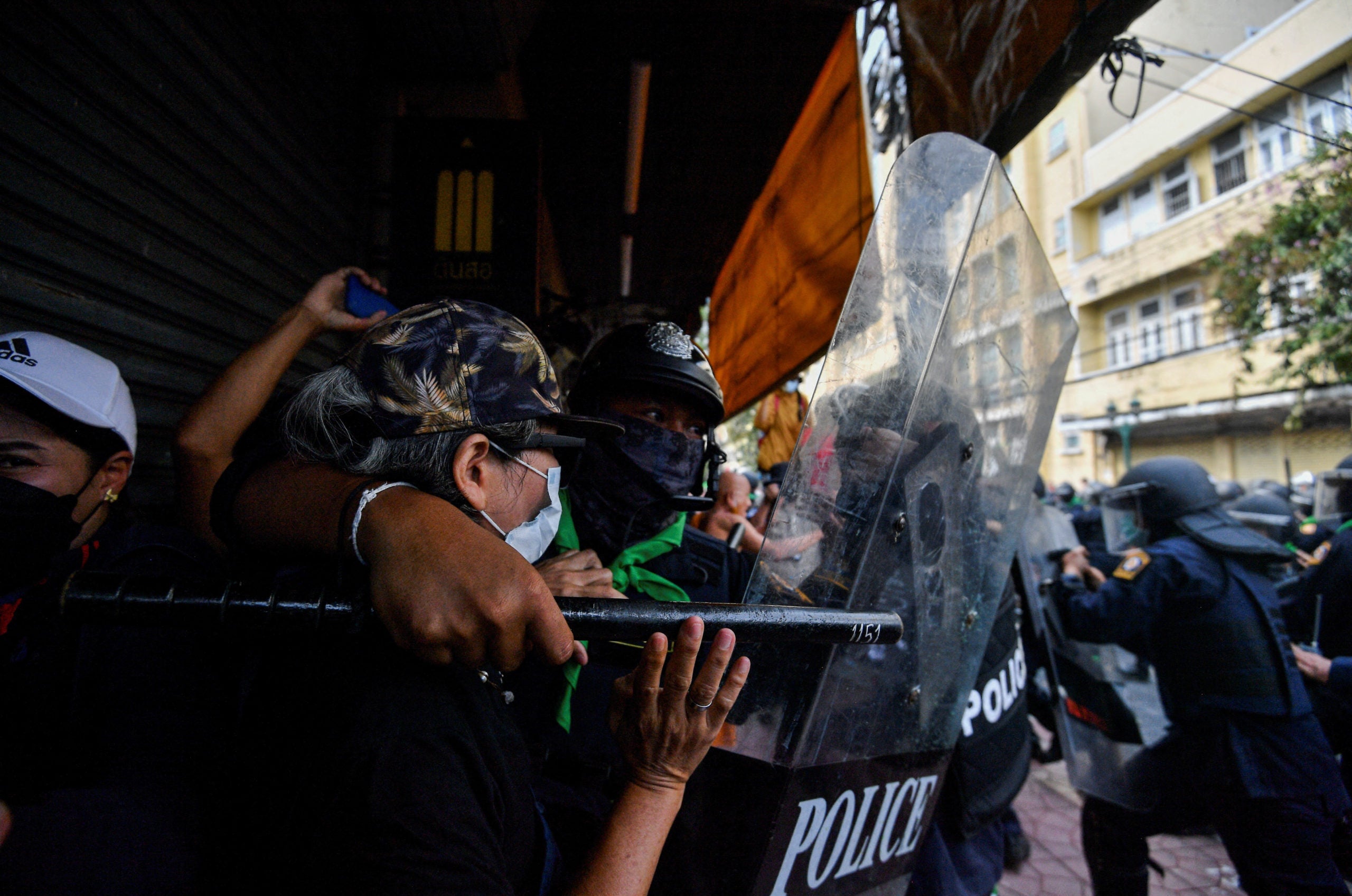 A demonstrator is detained by a riot police officer during a protest against the Asia-Pacific Economic Cooperation (APEC) Summit 2022, near the Democracy Monument in Bangkok, Thailand November 18, 2022. REUTERS/Chalinee Thirasupa

BANGKOK — Thai police on Friday fired rubber bullets to disperse a protest against the APEC summit in Bangkok, a police official in charge of the event’s security task force said.

About 350 protesters had gathered and clashed with police, Ashyan Kraithong said, about 10 km (6 miles) from the venue where leaders of the Asia-Pacific Economic Cooperation group are meeting.

Videos on social media showed protesters trying to overturn a police car, throwing projectiles and charging at police, while officers in riot gear advanced on them with shields and beat them back with batons.

Youth activist Patsaravalee ‘Mind’ Tanakitvibulpon, who was at the demonstration, said people were protesting against the APEC summit and Thai Prime Minister Prayuth Chan-ocha.

“The police have overreacted. They are using rubber bullets on us and tried to stop us many times,” she told Reuters.