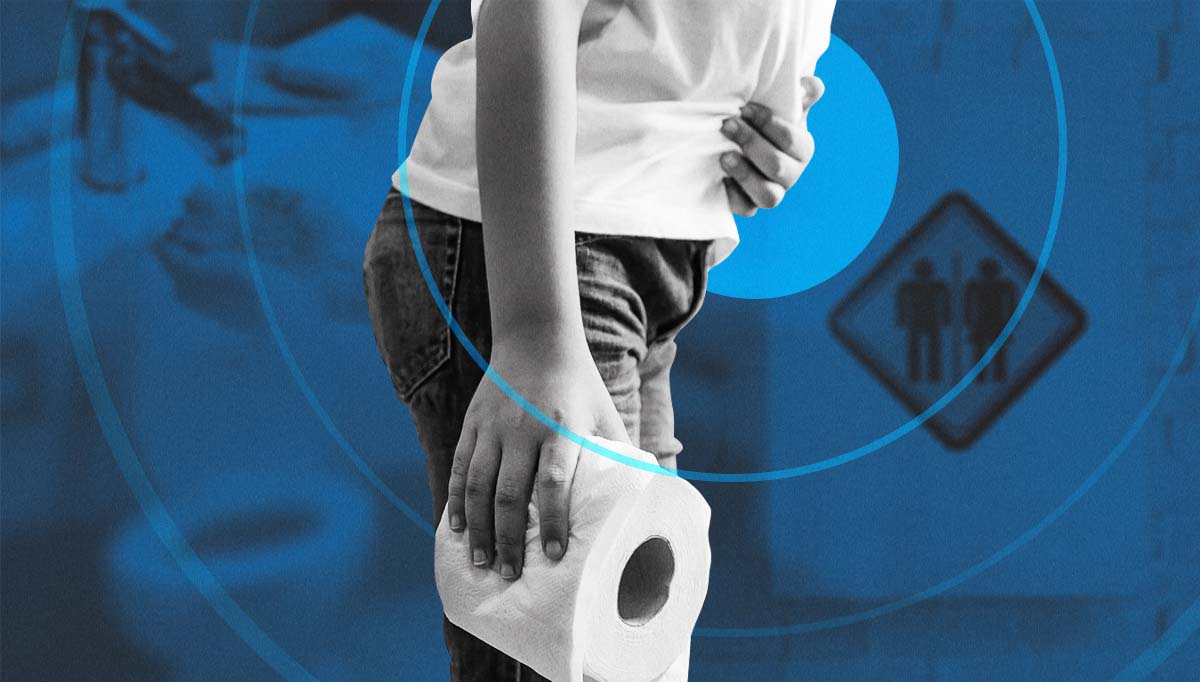 MANILA, Philippines—As half of the global population alarmingly continues to live with poor-quality toilets, the impact of the ongoing sanitation crisis on the world’s groundwater further jeopardizes the health of billions of people.

Among the targets and indicators of the Sustainable Development Goal (SDG) 6 of the United Nations (UN) is to achieve access to adequate and equitable sanitation and hygiene for all by the year 2030, which includes putting an end to open defecation in countries across the globe.

Unfortunately, at present, the UN said the world is “seriously off track” to meet its SDG 6.2 goal.

Currently, almost half of the world’s total population still lives without safely managed sanitation services. This translates to around 3.6 billion people who are still living with poor-quality toilets that ruin their health and pollute groundwater—leading to more health-related risks.

As part of this year’s observation of World Toilet Day (November 19), the UN highlights the impact of sanitation crisis on water and raises awareness on the worryingly slow progress in achieving the goal to ensure safe toilets for all eight years from now.

According to the Joint Monitoring Program (JMP) for Water Supply and Sanitation of the UN and World Health Organization (WHO), all countries across the globe have agreed to work toward universal access to safe sanitation by 2030 as part of UN SDG 6.

To monitor every country’s progress, the JMP refers to the following definitions or classifications of access to sanitation facilities:

“A ‘safe toilet’ is shorthand for a safely managed sanitation system, which means a toilet not shared with other households, that either treats or disposes of human waste on site, stores it safely to be emptied and treated off-site or connects to a functioning sewer and treatment plant,” the UN said in a statement.

In 2020, only 4.2 billion people worldwide had access to safely managed sanitation services or safe toilets.

That same year, over 1.7 billion had no access to basic sanitation services, such as private toilets or latrines. As of 2022, the numbers have grown to 3.6 billion people.

The number of people who relieve themselves outside—or practice open defecation—likewise increased to almost 500 million people this year from 494 million people in 2020. 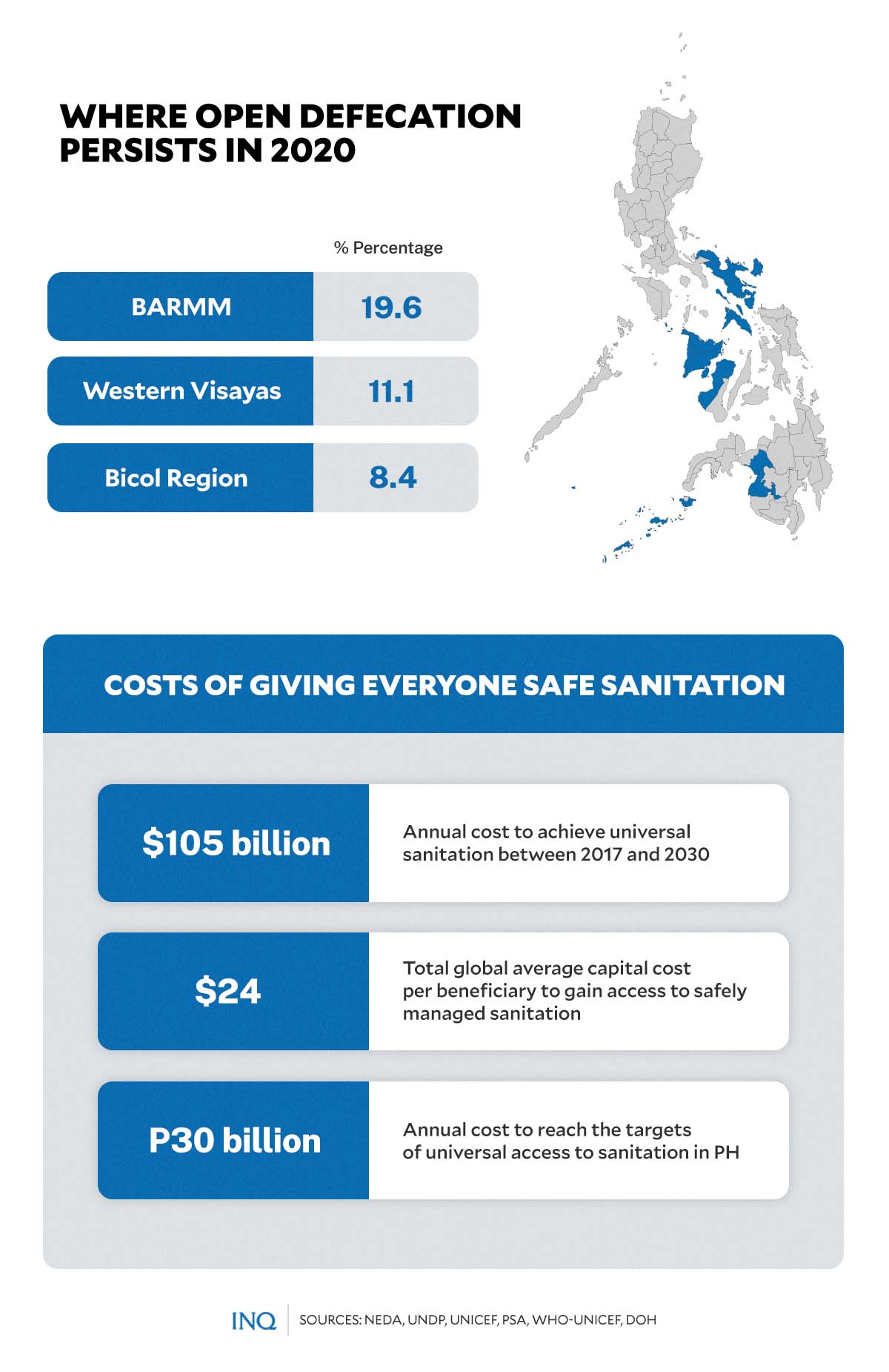 “The latest data show that, on average, governments must work four times faster to meet the promise of SDG 6.2 within the next eight years,” the UN said.

“The World Toilet Day 2022 campaign calls on decision-and policymakers to accelerate progress on sanitation and to ensure the connection between sanitation and groundwater is reflected in legislation and related guidelines at all administrative levels, from international and national to local,” it added.

Last year, Unicef and the Philippines’ health department lauded 54 municipalities and cities that have been certified zero open defecation (ZOD) even while the COVID-19 pandemic is raging.

However, Unicef and the Department of Health (DOH) noted that despite the commendable progress,  a five-fold increase in municipal annual targets is needed to end open defecation by 2025.

The DOH previously issued the Philippine Approach to Sustainable Sanitation, which aims to ensure that by 2025, every barangay in the country will have achieved ZOD status.

Based on data from Philippine Statistics Authority’s (PSA) 2020 Annual Poverty Indicators Survey, 3.5 percent of the country’s population still does not have access to any sanitation facility and have no choice but to practice open defecation.

Among those were 5.6 percent living in rural areas and 1.6 percent in urban areas. According to PSA, the top three regions with the highest percentage of families practicing open defecation were:

“A toilet is a valuable intervention that should be present in every Filipino home. A house is not complete without this facility,” Rabindra Abeyasinghe, WHO representative to the Philippines, said last year.

“The absence of toilets exposes family members and the community to the risk of infection from fecal pollution of food and water. Unsanitary conditions have been associated with the occurrence of diarrhea, cholera, typhoid fever, and other infectious diseases. Improving sanitation must be everyone’s concern,” he added.

Why care about toilets?

The UN recognizes access to sanitation as a human right “that entitles everyone to have physical and affordable access to sanitation, in all spheres of life, that is safe, hygienic, secure, and socially and culturally acceptable, and that provides privacy and ensures dignity.”

It also stressed that everybody should care about toilets because public health depends on toilets.

“Life without a decent toilet is dirty, dangerous, and undignified. Unless everybody in a community has a safe toilet, everybody’s health is threatened. Adequate and safely managed toilets drive improvements in gender equality, education, economics, and the environment,” the UN explained.

“Toilets protect women’s and girls’ dignity, safety and health, at home, school or work, especially during menstruation and pregnancy,” it added. 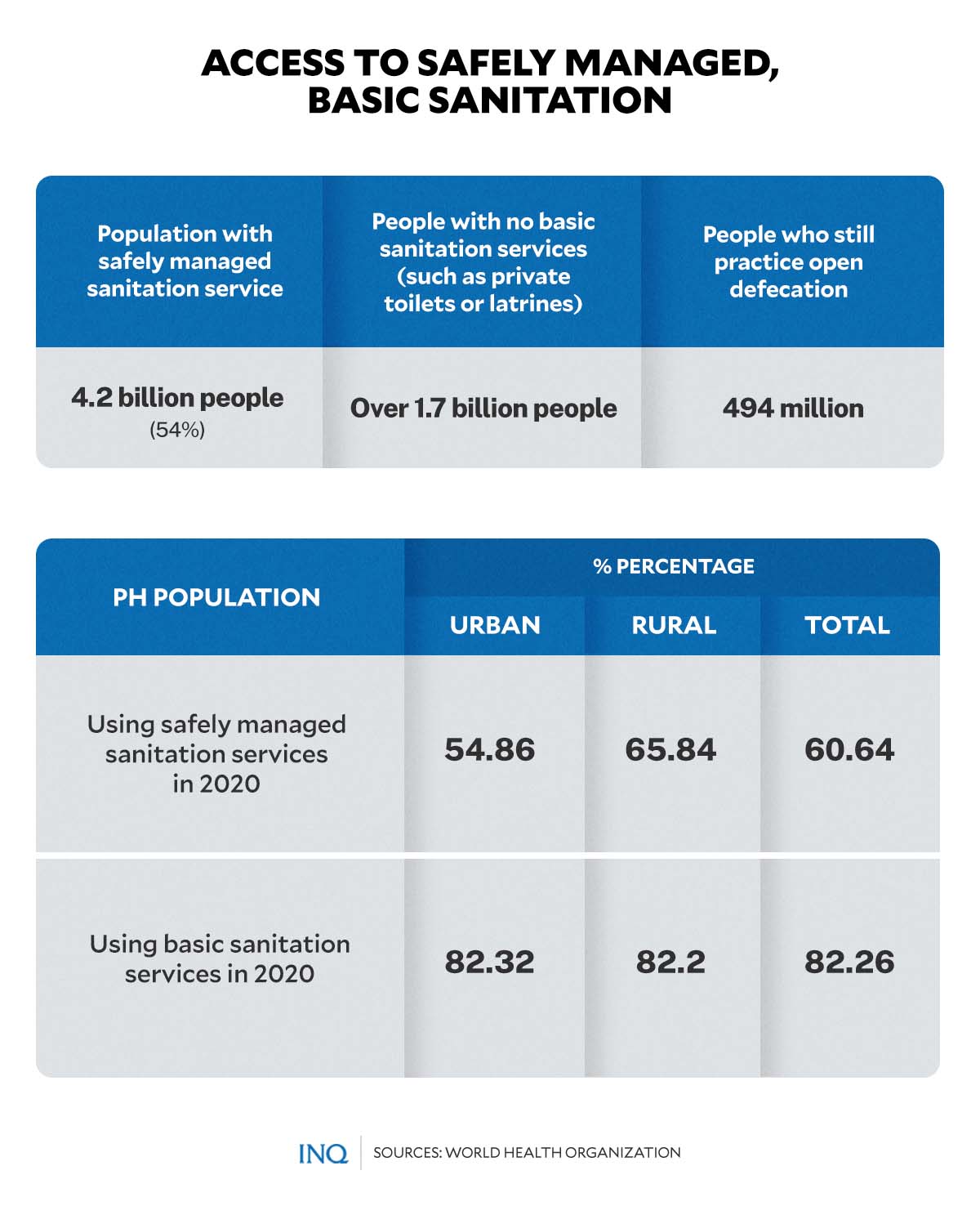 “Having access to safely managed sanitation services, in combination with safely managed drinking water services and good hygiene facilities and behaviors, is the foundation of public health and therefore essential for the realization of all other human rights,” UN said.

WHO also emphasized that poor sanitation is linked to the transmission of diarrheal diseases such as cholera and dysentery, as well as typhoid, intestinal worm infections, and polio.

The lack of access to proper sanitation services also exacerbates stunting and contributes to the spread of antimicrobial resistance.

READ: Cholera, sign of inequity, rising in PH with cases up by 254%

This year’s World Toilet Day campaign called “Making the invisible visible” focuses on the impact of the global sanitation crisis on groundwater—the world’s most abundant source of fresh water. 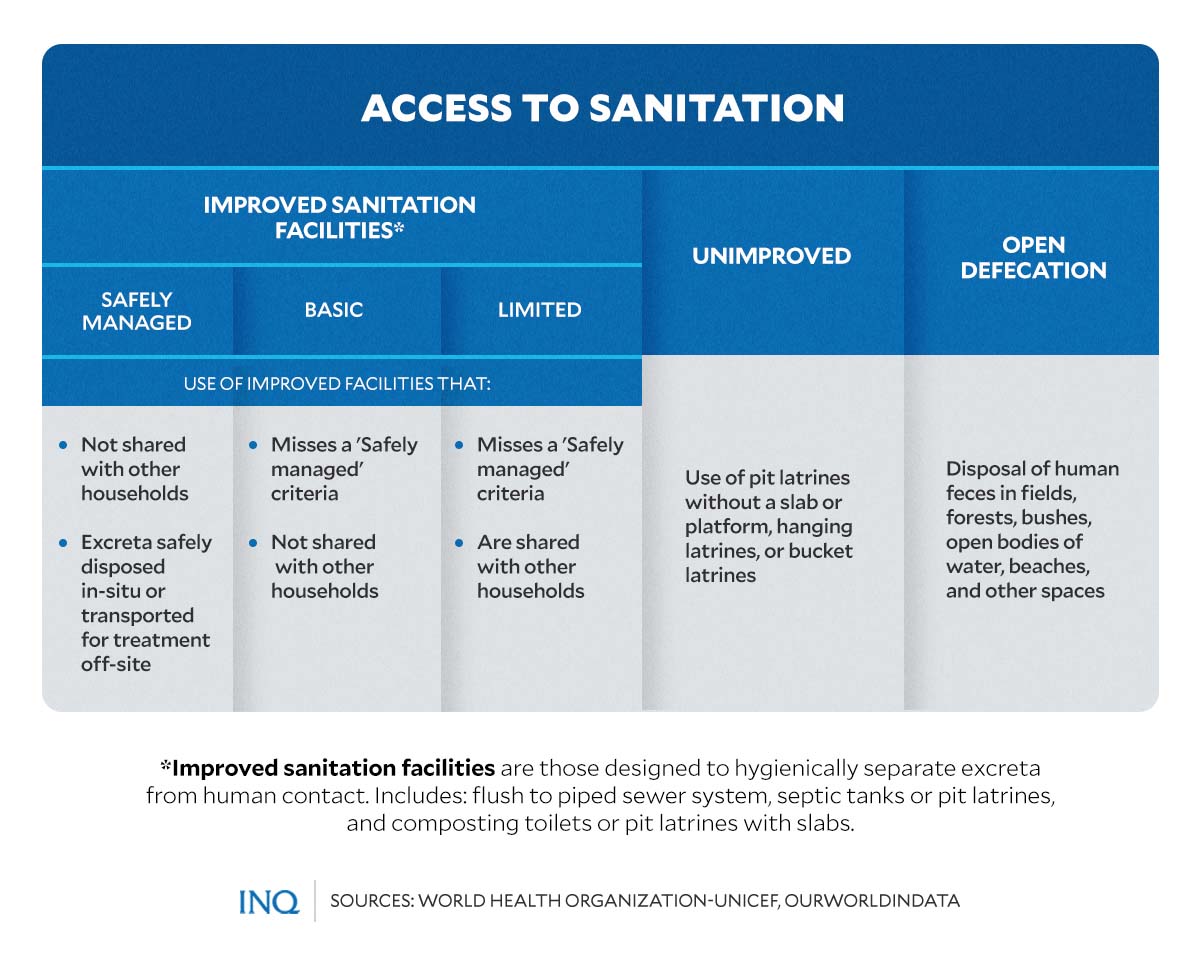 According to the UN, inadequate sanitation systems cause human waste to spread or leak into rivers, lakes and soil, polluting underground water resources. However, since it occurs below us, it seems to be invisible.

Uncontrolled disposal of human excreta or feces, especially in densely populated urban settlements—“and the absence of sustainable sanitation systems in fast-growing cities and peri-urban”—endangers the groundwater utilization for drinking water.

Data from the Asian Development Bank showed that, without access to improved sanitation facilities and awareness, the risks of infections or other illnesses from fecal sludge or wastewater are extremely high.

While achieving universal access to safe sanitation can be expensive, the UN and WHO warned that inaction brings even greater costs.

The estimated annual cost to achieve universal sanitation between 2017 to 2030 is around US$105 billion, which already includes capital costs and operations and maintenance, with basic sanitation costing US$36 billion per year and safely managed sanitation US$69 billion per year.

The annual cost to reach the target of universal access to sanitation in the Philippines will be around P30 billion, according to DOH.

“The World Toilet Day 2022 campaign calls on decision-and policymakers to accelerate progress on sanitation and to ensure the connection between sanitation and groundwater is reflected in legislation and related guidelines at all administrative levels, from international and national to local,” UN said.