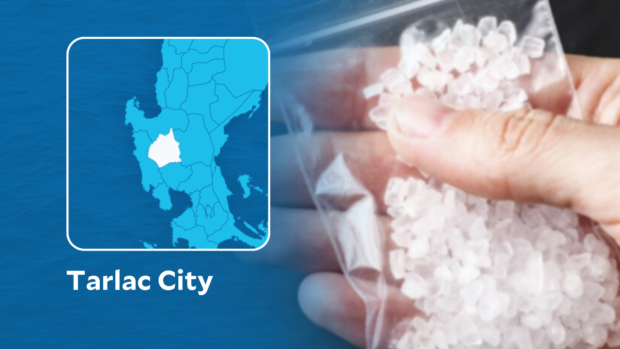 MABALACAT CITY, Pampanga — Policemen arrested a suspected drug peddler and six of his customers during an operation at an alleged drug den in Barangay Maliwalo, Tarlac City.

In a statement on Thursday, Nov. 17, the Tarlac provincial police said Dennis Agustin, 40, sold a sachet of “shabu” (crystal meth) to an undercover policeman, who used a P1,000 marked bill.

The police also arrested on Wednesday six men inside the alleged drug den.

Seized from Agustin were six sachets of suspected shabu.

Drug enforcement operatives from the regional, provincial, and city police offices carried out the operation.

The arrested suspects faced charges of violating the Comprehensive Dangerous Drugs Act of 2002.

In Tarlac’s Concepcion town, the police arrested three suspected gunrunners in a buy-bust operation on Wednesday.

The suspects face charges of violating the Comprehensive Firearms and Ammunition Regulation Act.

Tarlac provincial police director Colonel Erwin Sanque said they would sustain their anti-illegal drugs and criminality efforts to maintain peace and order in the province. INQ

P345K worth of ‘shabu’ seized from 2 women in Tarlac