DND, military in unusual fix due to vacant top-tier posts 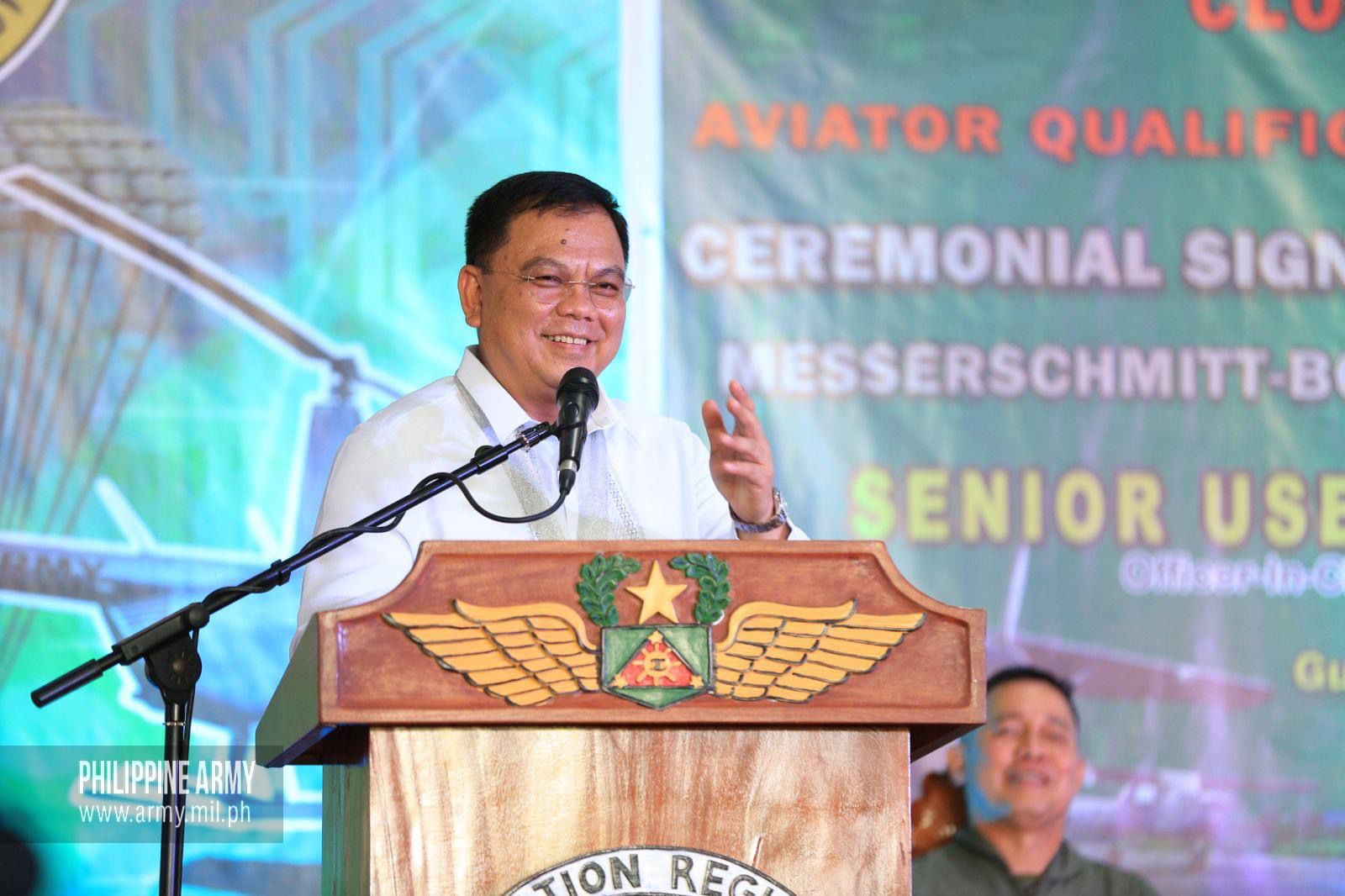 It has been a year since the officer in charge of the Department of National Defense (DND), Undersecretary Jose Faustino Jr., retired from military service. He is therefore no longer covered by the one-year appointment ban on retired military officials.

But still there is no word from Malacañang whether Faustino would be named full-fledged defense secretary.

“We are still waiting for news from the Office of the President,” DND spokesperson Arsenio Andolong told reporters on Thursday. Faustino, the 10th Armed Forces of the Philippines (AFP) chief to serve under then President Rodrigo Duterte, stepped down from the AFP on Nov. 12 last year upon reaching the mandatory retirement age of 56 and after a stint as chief of staff that lasted just a little over three months.

President Ferdinand Marcos Jr. actually named Faustino defense secretary in June. But due to the appointment ban, he could only be officially designated as senior undersecretary and DND officer in charge.

“Faustino is being tapped as senior undersecretary and officer in charge of the Department of National Defense, a post he would later assume as secretary on Nov. 13, 2022, in compliance with the one-year ban on the appointment of retired military officers under Republic Act No. 6975,” the Palace then said.

The year-long ban lapsed during the weekend but there was no announcement from the Office of the President whether Faustino would be retained and finally given the rank of secretary, which would require a separate appointment paper.

The AFP has also found itself in an unprecedented situation regarding its top brass. Months after he assumed office in August, the current chief of staff, Lt. Gen. Bartolome Vicente Bacarro, could not yet earn his four-star rank that is supposedly reserved for his position.

The reason: his predecessor, Gen. Andres Centino, remains in active service and won’t be retiring until February next year. Centino was recently nominated as the country’s ambassador to India after President Marcos decided not to keep him as AFP chief.

But he remained on a floating status as far as the AFP is concerned, making the four-star rank unavailable to Bacarro.

“He is considered for an ambassadorial post and he will be considered retired if he gets it. The four-star rank is still with him. When he retires immediately after his appointment, then General Bacarro will get it (the fourth star),” Faustino said, albeit without explaining why Centino still got that rank despite Mr. Marcos’ decision not to retain him.

Malacanang said in August that Centino would be appointed to a new position “befitting a former chief of staff.”

When Bacarro took the helm of the AFP on Aug. 8, the position he vacated at the Southern Luzon Command — which covers the regions of Calabarzon (Cavite, Laguna, Batangas, Rizal and Quezon), Mimaropa (Mindoro, Marinduque and Romblon, except Palawan) and Bicol — was filled in by a one-star general in an acting capacity.

Under Republic Act No. 11709, the new law that sets fixed terms for senior officials occupying key positions, Bacarro is the first AFP chief who will have a predetermined tenure of three years even if he turns 56 this year. The law was signed by then President Rodrigo Duterte in April and took effect on July 1.

Delays at the top

Appointments to at least four other key positions in the AFP — vice chief of staff, Navy flag officer in command, and heads of the Southern Luzon and Western Mindanao commands—had also been delayed while the law’s implementing rules and regulations (IRR) were still being formulated.

On Sept. 9, AFP vice chief of staff Lt. Gen. Erickson Gloria and Navy chief Vice Adm. Adeluis Bordado, retired from the service without their successors being named. On Oct. 4, Lt. Gen. Alfredo Rosario, head of the Western Mindanao Command, stepped down also without an immediate replacement.

The Inquirer learned that some military officers had found the new law to be causing some uncertainty with regards to promotions, but Faustino said “the improved IRR somehow mitigated (the law’s) unintended consequences.”

Faustino said the AFP had since taken steps to explain the new law to its personnel especially during visits to field units. The AFP earlier pointed out that the new law was intended to put an end to the so-called revolving door policy in the appointment of chiefs of staff.

“This ensures that only the best officers ascend the ladder of leadership… puts an end to the revolving door system in the AFP leadership that resulted from the retirement law passed in 1979,” then Defense Secretary Delfin Lorenzana said.
INQ