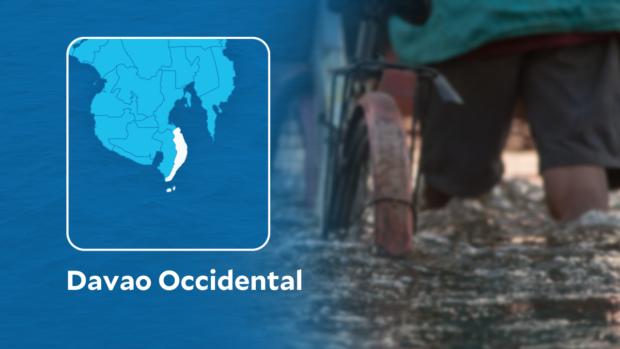 Reports from the different disaster response units in the province confirmed that rivers overflowed because of the sheer volume of rain that poured overnight, affecting Kiblawan and Malalag town residents.

In Malalag, the public market near the river was flooded by more than a meter. Rescuers used heavy equipment to rescue people trapped in different buildings. People living near the Malalag river were also forced to evacuate as the flood showed no sign of abating.

The local governments of Kiblawan and Magsaysay, Davao del Sur, suspended all classes due to rising flood in their towns.

In Don Marcelino, Davao Occidental, the municipal disaster team already announced that the road along the Sitio Cabalantian, Kinanga village connecting Malita to the Jose Abad Santos town was already passable on Thursday. However, motorists had to be cautious due to falling rocks, and very slippery roads.

In Digos City, all major junctions, including Caños, Yamada, Aplaya, Matti and Power, were back to normal. Motorists were advised to use the McArthur Highway (Citi Hardware Road), the Cogon to Kapatagan Road, and the Tres de Mayo to Sitio Power since these roads were already passable as of press time.