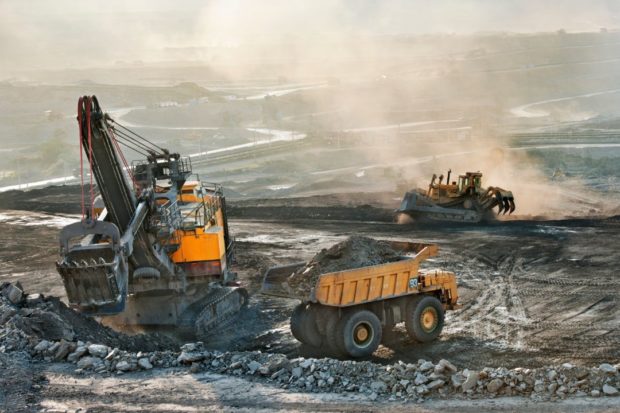 BAGUIO CITY, Benguet, Philippines — The country’s mining industry has been “decarbonizing” its operations and has developed processes to recycle mine tailings to help beat climate change, mine leaders said at this year’s Mine Safety and Environment Conference here.

The annual event has been gathering corporate leaders and mining engineers for the last 68 years to share environmentally sound practices and new technologies, but this year’s conference coincides with the ongoing COP27 (Conference of Parties or the 27th United Nations Climate Change Conference) in Egypt.

Mine leaders are aware of what’s at stake and have kept tabs on developments at COP27, veteran diplomat Delia Albert, former ambassador to Germany and a Baguio-born mining advocate, said during a briefing on Tuesday.

For example, Helix Mining and Development Corp. (formerly Holcim Mining) is accessing battery technology to reduce its carbon footprint, said the company’s president, Renato Baja, who is also a director of the Philippine Mine Safety and Environment Association (PMSEA).

“We are looking at decarbonizing our mining operations. We are seriously looking at equipment that operate using batteries and PMSEA has committed to support these initiatives of decarbonizing,” Baja said.

Decarbonizing refers to the reduction or elimination of carbon emissions generated by equipment that run on fossil fuels such as diesel and gasoline. Carbon emissions produce the so-called greenhouse effect that traps planetary heat, according to various studies, which warned that extreme global warming would be dangerous to human, animal, and plant life in the near future.

Decarbonization was a subject during a “lengthy discussion” with Environment Secretary Maria Antonia Yulo Loyzaga, Baja pointed out.

“It is very interesting to hear the shift of focus from ‘prevention’ to ‘limitation’ [of global warming at COP27],” said Albert, who is the first woman to serve as foreign secretary during the administration of President Gloria Macapagal-Arroyo.

“Instead of saying ‘preventing,’ which was the term used in COP26 [held last year in Glasgow, Scotland], COP27 has focused on limiting carbon emissions,” which could shape the country’s commitments to fighting climate change, added Albert, who chairs the woman-led movement Diwata which promotes responsible mining.

“When the government launched the National Greening Program [in 2011], over a thousand hectares have been planted with trees by mining companies to mitigate the carbon footprint of mining and other industries,” he said.

The Mines and Geosciences Bureau (MGB) has also been encouraging mining companies to tap new technology that enables miners to recycle and process small and uneconomical traces of minerals like copper and nickel that are deposited in their tailings or waste dams, said Mateo Marcial, who heads the MGB mine safety, environment, and social development division.

PMSEA officials did not reflect on the industry’s history with ecological disasters, stressing instead that mine geologists and volunteer miners have lent their skills to rescue and restoration efforts during calamities.

At the height of the lockdowns, 200 mines donated P407 million to buy vaccines and the other emergency needs of their host communities, Marcial said.

But Annie Dee, president of Teresa Marble Corp. and a PMSEA director, stressed that no more serious mining disasters have taken place since the industry embraced responsible mining principles.

Mining is a key industry being eyed by the Marcos administration to kick-start the economy, which is still recovering from the stringent mining environment during the Duterte regime.

The late former Environment Secretary Regina Lopez in April 2017 issued Administrative Order No. 2017-10, which banned the open-pit method of mining, leading to the closure or suspension of 26 mining operations.

In October 2017, the interagency Mining Industry Coordinating Council voted to recommend a reversal of the policy, but the open-pit mining ban stayed on for four years in the absence of any new directive from Malacañang.

Former President Rodrigo Duterte had also previously attacked the mining industry, saying he wanted to put a stop to it after landslides occurred in the wake of deadly typhoons.

But in April 2021, Duterte lifted the nine-year moratorium on new mining agreements to boost government revenue, create more jobs and prop up the economy.

Duterte’s Executive Order No. 130 overturned the moratorium on new mining permits or mining production sharing agreements that was ordered by the late President Benigno Aquino III in 2012.