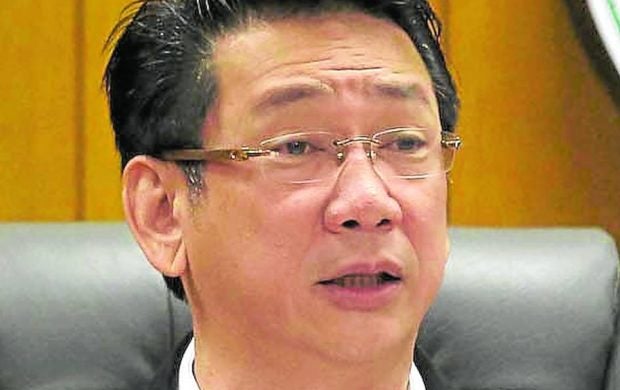 MANILA, Philippines — The National Irrigation Administration (NIA) is in “silent chaos” and “confusion” over the suspension order slapped by the Office of the Ombudsman against its chief Benny Antiporda, according to one of the agency’s lawyers.

In the meantime, NIA Senior Deputy Administrator Eryl Royce Nagtalon is acting as NIA’s officer in charge (OIC), a source told the Inquirer.

“For me, the overall mood here is silent. The term is silent chaotic. We’re in chaos right now… the overall mood right now is more of a confusion because we don’t have an OIC who will be signing documents and what will happen,” Lloyd Allain Cudal, Attorney IV at NIA, told the Inquirer in a phone interview.

“They call it silent chaos because right now, everything is a mess, who is on top of NIA, who will be signing which, etc. But as I said, insofar as I’m concerned, along with the other persons who were victims of harassment and bullying, they’re relieved,” said Cudal, noting that he is expressing his personal opinion on the issue.

Cudal is among the NIA employees who became the subject of Antiporda’s ire back in September.

To recall, Antiporda asked the Ombudsman to file charges against lawyers Cudal and Mary Annabelle Cruz-Domingo for gross inexcusable negligence, gross neglect of duty, grave misconduct, and gross ignorance of the law.

NIA had claimed that Cudal, NIA’s acting manager of legal services, and Cruz-Domingo, who handled the case, violated the Anti-Graft and Corrupt Practices Act and the Code of Conduct of Public Officials and Employees.

The agency was referring to the case last year. As a result, it was ordered to pay more than P205 million.

This stemmed from the case filed by Green Asia Construction and Development Corp. at the Construction Industry Arbitration Commission against the NIA.

Cudal said he is in a floating status and has no permanent office in the agency, adding that he is “alone there in the room, I’m in solitary.”

An office memorandum issued by Antiporda, a copy of which was obtained by the Inquirer, showed that Cudal, along with Lourdes Equiz, Supervising Engineer A of NIA’s Design and Specifications Division, Engineering Department, is being reassigned to the agency’s office in Cotabato.

Antiporda intends to appeal the complaint filed by the NIA Employees Association of the Philippines, the NIA Concerned Employees, and the agency’s lawyers against him although he has yet to receive a copy of it.

“Next step, of course, is [to file] a motion for reconsideration on the suspension and at the same time, ask for a copy of the complaint because, until this very moment, we are not yet furnished,” Antiporda told the Inquirer in a text message.

The suspended NIA head described most of the accusations hurled at him as “baseless and exaggerated.”

The Ombudsman, in a six-page order signed on Tuesday by Ombudsman Samuel Martires, served Antiporda with a six-month preventive suspension without pay.

The complainants alleged that Antiporda humiliated and berated NIA employees; prohibited managers of NIA’s central office from traveling, “which is counterproductive to their work”; and reassigned and transferred some personnel “without valid grounds.”

He was also accused of placing some employees on a floating status and harassing NIA Corporate Board Secretary Michelle Raymundo by placing a security guard and a closed-circuit television camera at the door of her office and locking her office then turning off the electricity at 5 p.m.