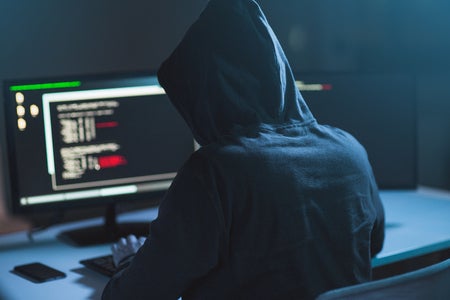 MANILA, Philippines – With zero intelligence funds in its proposed 2023 budget, can the Department of Information and Communications Technology (DICT) clamp down on rampant threats to the country’s cybersecurity?

Sen. Raffy Tulfo raised the concern on Wednesday during the Senate plenary session on the proposed 2023 national budget.

“Many other government departments and agencies don’t need intel funds and yet they are given one by the hundreds or by the millions,” Tulfo said, speaking in a mix of Filipino and English. “But this one government agency that we need very much to fight cybercrime — especially now that scammers are increasing on social media and putting our cybersecurity in danger, why can’t we give them intel funds?”

“The others might have used them up,” Sen. Grace Poe, who sponsored the proposed P11.322 billion budget of the DICT, said in a jesting tone.

She noted, however, that the DICT did not submit a request for intelligence funds.

Its cybercrime investigation center did ask for P4.6 billion – not for intelligence use but for improving its systems and manpower. Yet only P347 million was granted to the center, Poe pointed out.

“I don’t think the ones deciding on the budget are really taking the role of the DICT seriously. I think, unfortunately, we are waiting for an impending doom before we actually deem it necessary to give them the proper funding,” she said.

“Maybe now the others felt they will only get burned [she used the Filipino colloquial term “nakuryente”]. Or they were shy about it or got scared. They did not submit a request for intelligence funds to our committee. But that all depends on the proper handling of money. It isn’t necessarily a bad thing to have intelligence funds,” Poe said.

“Maybe we can request the chairman of the finance committee to allot space for this,” she added.

Despite having no intelligence funds, Poe said the DICT was closely working with telecommunications companies like Globe and Smart, which did have the budget to monitor and investigate the spate of digital scams on securing a court order.

“In the meantime that DICT does not have its own intelligence funds, they’re actually at the mercy of telcos to provide information that they might need in order to capture some of those that are sending all of these text scams,” she said.

Asked if this would mean the DICT is indebted to these telecommunications companies, Poe said it would be more of an agreement rather than a favor.

“Telcos are also being careful since the National Telecommunications Commission is under the DICT. If they don’t cooperate with the government agency in their commitment, for example, in maintaining the security and privacy of our countrymen, they can lose their franchise and also face penalties,” she said.

Tulfo also raised a circulating claim that people’s confidential data were being sold on the so-called dark web.

According to Poe, DICT Secretary Ivan Uy has acknowledged that there had indeed been talks about this but it has yet to be validated.

“With the proper intel fund, we might be able to do more digging into the legitimacy of the claims that our information is being sold on the dark web,” she said.

Poe further noted that allocating intelligence funds to the DICT could also help improve the vulnerability assessment and penetration testing of its systems.

“Every now and then, apparently, the DICT hires somebody to do ethical hacking, to test their system….They are not regulars in the company. This is just on an as-needed basis and perhaps, if we can add to the intelligence funds, they can have an item on that,” she said.

Among the other points that Tulfo raised at the plenary was his call to possibly change the routers used by the DICT after learning that they were commonly sourced from China, Japan, Korea, and the United States.

Poe acknowledged that many information and communications systems in the Philippines were dependent on Chinese-made products. She said the DICT would look into the issue.

She said the DICT could draft a proposal to change the routers and present this in its budget deliberations for the next fiscal year.

“Of course, we cannot be 100 percent sure that if we change the routers there would be no threat whatsoever. But it’s a step in the right direction,” she said.