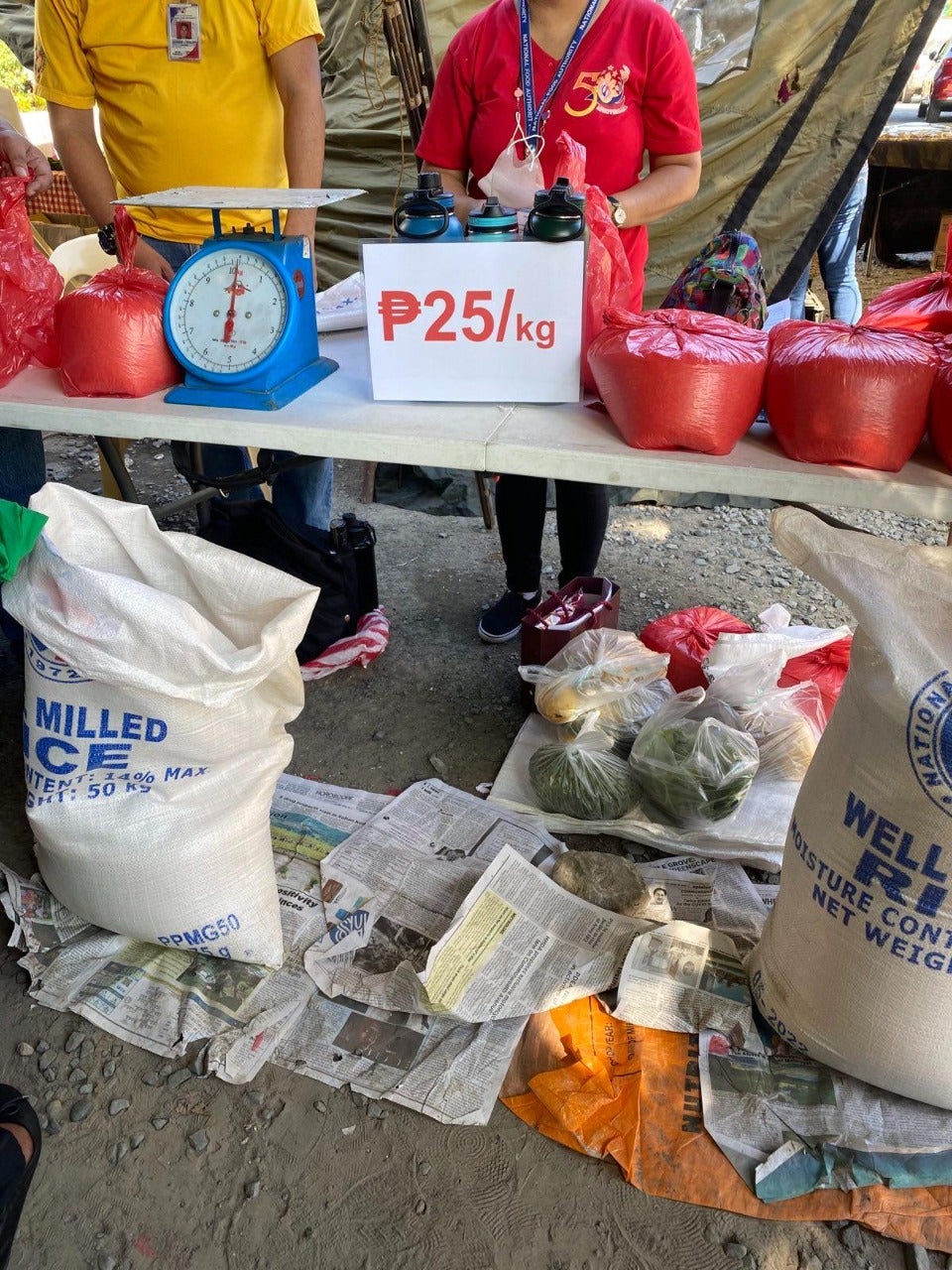 Photo from the Office of the Press Secretary

MANILA, Philippines — Expanding the scope of the Kadiwa store project will be good for both farmers and consumers, an agricultural group said.

Samahang Industriya ng Agrikultura (Sinag) president Rosendo So said in an interview during the Laging Handa Public Briefing on Wednesday that the government should increase the number of Kadiwa stores in the country to enable farmers to earn from their harvests without passing the burden of high costs to buyers.

So made the statement after President Ferdinand “Bongbong” Marcos Jr. earlier led the simultaneous launch of Kadiwa ng Pasko stores, where rice is being sold at P25 per kilogram. At present, there are 14 Kadiwa ng Pasko stores. Eleven stores are in Metro Manila, with one in the Visayas, and two in Mindanao.

(This would be a big help to our consumers, of course, if the network of the Kadiwa widens and reaches other parts of the country, this would help those who cannot buy more expensive rice varieties. So at least our farmers can directly supply our consumers through the Kadiwa.)

As of now, Sinag said the government has yet to source rice from farmers affiliated with them, but he said that it would coordinate with the Department of Agriculture to allow farmers to supply Kadiwa stores in Metro Manila directly.

(As of now they have not started sourcing rice and products from our farmers, but we would coordinate that with DA Assistant Secretary Kristine Evangelista so that at least, farmers can be directly approached regarding where vegetables and products can be sourced.)

(Maybe we can expand the Kadiwa to have fixed stores here in Metro Manila so that at least farmers can hand down areas directly to the markets, and they would be sold by Kadiwa so that the price would be controlled and both would benefit  — our farmers can sell in Metro Manila, and consumers can buy at a lower price.)

The President said the Kadiwa ng Pasko store is part of his campaign promise to bring down the price of rice to P20 per kilogram.

There were already Kadiwa stores during the administration of the President’s father, the late former President Ferdinand Marcos. These stores also sold agricultural products at cheaper prices.

The Kadiwa program was brought back during the administration of former President Rodrigo Duterte, but the operation of these stores was affected by the COVID-19 pandemic. — With reports from Trisha Manalaysay, trainee