Senators push for VFA with Japan 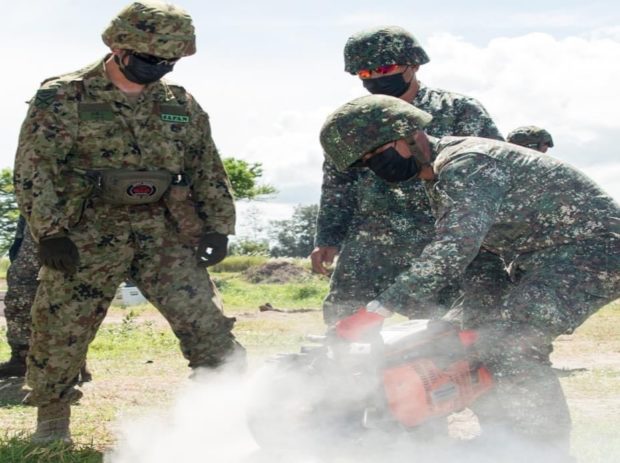 Senators are keen to endorse a visiting forces agreement (VFA) with erstwhile invader Japan, making it only the third nation with which the country has such an extraordinary agreement, next to the United States and Australia.

“I’m sure we can muster enough support in the Senate for a visiting forces agreement with Japan. They’re good partners,” Senate President Juan Miguel Zubiri said during the Senate plenary’s marathon budget deliberations on Thursday night.

“It would be nice if we have a VFA with Japan so we can train with them because … if there’s an event of conflict here, remember we are treaty allies with the United States and Japan is also an ally of the United States. We have to have close coordination with the movements of our Navy vessels and armed forces,” the Senate leader said.

“If there is a plan, we will support it. Remember, the Senate has the last touch on ratification. I think it’s a good idea,” he added.

Forging a VFA with Japan would not only be helpful in joint training but also during natural disasters, said Senate President Pro Tempore Loren Legarda. “This is not just military training but it will also include disaster response and disaster risk reduction.”

“It’s a long shot but the multiplier effect of having submarines can already be a strong deterrent to a whole armada even of that Chinese navy … It’s too steep a price to pay but we are fighting for our territorial integrity and our sovereignty,” Sen. Joseph Victor Ejercito said.

Earlier this year, the Japan Ground Self-Defense Force signed a training agreement with the Philippine Army and Philippine Marine Corps.

Last week, Air Force chief Lt. Gen. Connor Anthony Canlas also went to Tokyo to meet with officials of the Japan Air Self-Defense Force and discuss a separate “terms of reference” that would set the policy for future bilateral activities.

The Philippines will host a three-day trilateral maritime security dialogue with Japan and the United States later this month, which will be attended by maritime security officials and experts, the Inquirer learned.

China’s force buildup in the region and opportunities for trilateral coordination and cooperation will be among the key topics in the agenda. INQ