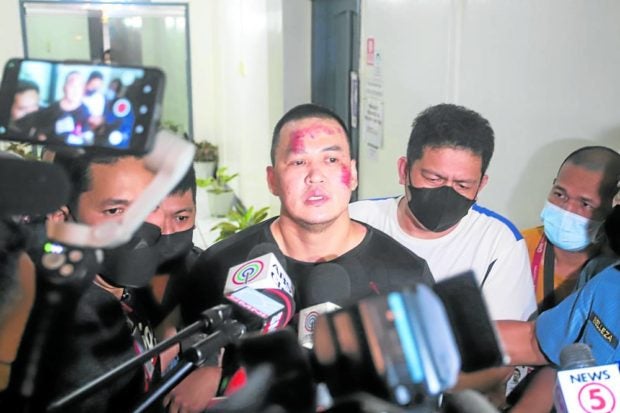 MANILA, Philippines — Dr. Chao Tiao Yumol, the gunman in the brazen attack at the Ateneo de Manila’s law school graduation rites in July, has pleaded not guilty to murder, frustrated murder, and carjacking charges filed against him.

Atty. Quirino Esguerra, legal counsel of the Furigay family, revealed the latest development on Friday in a phone interview with reporters.

Former Lamitan, Basilan mayor Rose Furigay who was attending the graduation of her daughter appeared to be the target of the assailant.  Furigay was brought to a nearby hospital but was eventually pronounced dead.

“He pleaded not guilty to three counts of murder, one frustrated murder, and carnapping,” Esguerra said.

The arraignment for the charges against Yumol finally happened after several delays brought by the request of Yumol’s lawyer for a mental health check to determine if he is fit to participate in the trial.

According to Esguerra, the arraignment happened through video conferencing, as Yumol is currently detained.  The suspect’s lawyer was physically present at the courtroom of the Quezon City Regional Trial Court’s Branch 98.

Esguerra said that the National Center for Mental Health (NCMH) declared Yumol fit to stand for trial.  Furthermore, the Furigays’ legal counsel said the defense panel tried to postpone the arraignment again but it was not allowed by the court because the mental health results are already out.

This is not the first time that Yumol pleaded not guilty to cases in relation to the Ateneo shooting: last August 2, he also said he was not guilty of possessing illegal firearms and malicious mischief — which surprised the Furigays since Yumol had already admitted to conducting the attack before the national television.

The two other counts of murder are for the death of Furigay’s longtime executive assistant Victor Capistrano, and Ateneo security guard Jeneven Bandiala, both of whom were gunned down by Yumol.  The frustrated murder raps were for attack on Furigay’s daughter, who was wounded along with a bystander.

Investigators believe Yumol had the motive to assassinate the Furigays, as he bore a grudge against the family.  The 38-year-old suspect — a doctor also from Lamitan City — was angry at Furigay for filing cyber libel complaints against him.

This resulted in Yumol’s suspension, preventing him from practicing his profession.