During the Senate plenary session, which ran until early Friday, Senate Majority Leader Joel Villanueva expressed dismay over the incident and asked Go what would happen after the “horrendous” event. 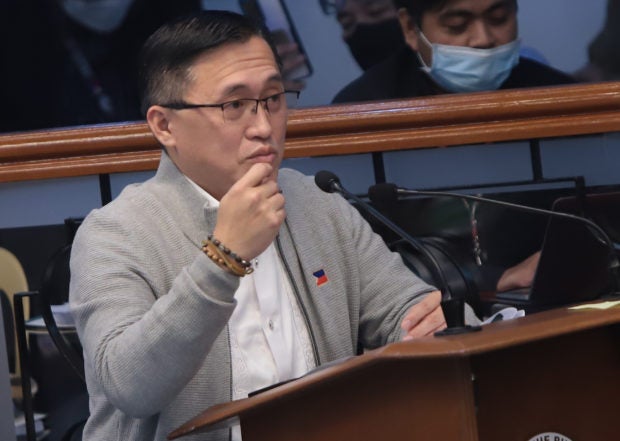 Go, Senate committee on sports chairperson and budget sponsor of the Philippine Sports Commission (PSC), replied that Amores deserves to be hit back.

(As a basketball player and Filipino, here is my answer: John Amores should also be beaten up. That son of a b****.)

(We are all basketball fans here. There is no place for court violence in basketball.)

He added that the PSC is responsible for promoting and developing sports in the country and is empowered to impose penalties for violating the commission’s rules and regulations.

The NCAA has suspended Amores indefinitely to “help save his career.”

In a separate decision, JRU likewise suspended the player and ruled that he will be out for the season.