8 held as cops raid illegal factory of firecrackers in Bulacan 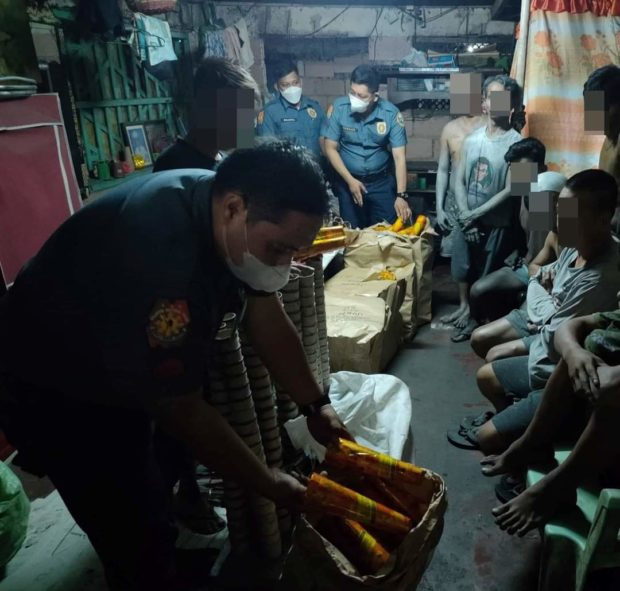 BOCAUE, Bulacan–Police arrested eight workers and confiscated P200,000 worth of pyrotechnic products that were made in an unlicensed makeshift factory in this town on Wednesday (Nov. 9).

Col. Relly Arnedo, Bulacan police director, identified one of the suspects as Orlando dela Cruz, 58, the alleged operator of the factory in Barangay Biñang 1st.

Bocaue police caught them while they were in the act of making fountains and other locally produced pyrotechnics inside a compound owned by Dela Cruz at 6:45 p.m.

Arnedo said they raided the area after receiving information from residents nearby about the illegal operation of the factory.

Investigators said Dela Cruz has no license to manufacture or other permits or documents necessary to operate a manufacturing site for firecrackers.

Seized from the suspects were various kinds of firecrackers and raw materials.

The arrests were made a week after an explosion at another illegal manufacturing site for firecrackers injured eight people. INQ