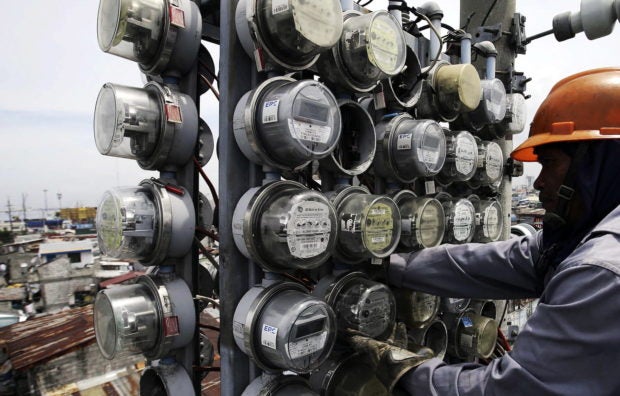 ANOTHER INCREASE A worker attends to a bank of electricity meters. —INQUIRER FILE PHOTO.

Customers of Manila Electric Co. (Meralco) will end up paying more for using electricity after the power distributor announced an increase of P0.0844 per kilowatt-hour (kWh).

The upward adjustment, according to Meralco, is equivalent to an increase of about P17 for households with a monthly consumption of 200 kWh.

This brings the overall rate for November to P9.9472 per kWh from P9.8628 per kWh last month.This month’s power rate is higher than P9.4630 per kWh announced in November last year and P9.7027 per kWh in January this year.

Generation charge, which accounts for more than half of the total monthly electric bill paid by consumers for the period, went up by P0.0725 per kWh to P6.9917 per kWh.

Meralco said charges from power supply agreements rose by P0.2711 per kWh mainly because of the scheduled maintenance outage of the First Natgas-San Gabriel plant from Oct. 1 to Oct. 14. 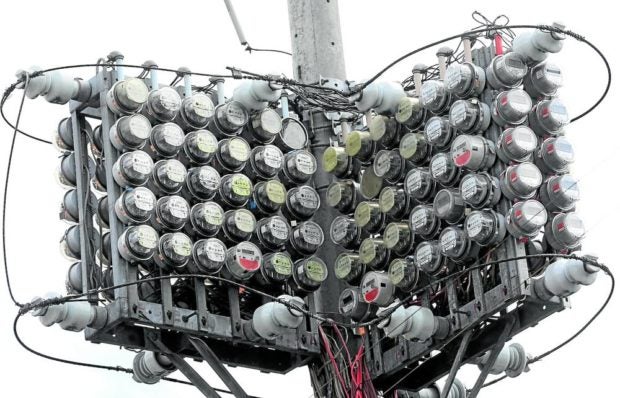 WESM prices inched down by P0.7959 per kWh on the back of fewer impositions of the secondary price cap, a price-mitigating mechanism aimed at protecting consumers against sustained prices in the spot market.Transmission, taxes and other charges registered an increment of P0.0119 per kWh while the distribution charge remained unchanged since the P0.0360 per kWh reduction in August this year.

“In addition, the four ongoing distribution-related refunds, equivalent to a total of P1.8009 per kWh for residential customers, continue to temper customers’ monthly bills,” said the company.

It said one of the four refunds, equivalent to P0.4669 per kWh for residential customers, is expected to be completed this November while the other three are seen to be fully refunded by December, January 2023 and May 2023. INQ