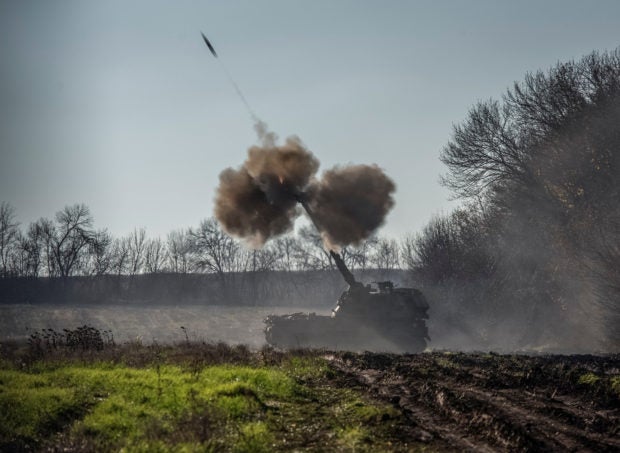 KYIV — Eastern European countries are preparing for a possible wave of Ukrainian refugees as Russia targets power and heating plants ahead of winter, with President Volodymyr Zelensky saying about 4 million people are already without power.

Zelenskiy said 14 regions plus the capital Kyiv were without power and Ukraine’s electrical grid operator Ukrenergo said scheduled hourly power outages would affect the whole of the country on Wednesday.

Russian forces have targeted Ukraine’s energy infrastructure with missiles and drone strikes in the run up to winter, when mean temperatures typically drop to several degrees below zero Celsius (32 Fahrenheit), with lows of minus 20C.

Some 6.9 million people are believed displaced internally within Ukraine and east European countries such as Slovakia and Hungary are preparing for an influx in coming months.

“An increase in numbers is being felt, and is expected. It is currently up 15%,” said Roman Dohovic, an aid coordinator for the eastern Slovak city of Kosice.

Ukrainian forces have been on the offensive in recent months while Russia is regrouping to defend areas of Ukraine it still occupies, having called up hundreds of thousands of reservists over the past month.

Zelensky said his forces would not yield “a single centimeter” in battles for the eastern Ukrainian region of Donetsk while Russian-installed officials said Ukrainian forces were moving into a southern town with tanks.The focal points of the conflict in the industrial region of Donetsk are around the towns of Bakhmut, Soledar and Avdiivka, which have seen the heaviest fighting since Russian forces invaded Ukraine in late February.

“The activity of the occupiers remains at an extremely high level – dozens of attacks every day,” Zelensky said in his nightly video address late on Tuesday.

“They are suffering extraordinarily high losses. But the order remains the same – to advance on the administrative boundary of Donetsk region. We will not yield a single centimeter of our land,” he said.

The region is one of four Russia said it annexed in September. Fighting had been going on there between Ukrainian military and Russian proxy forces since 2014, the same year Russia annexed Crimea in the south.

“These poor mobilized men – really poor, they had had nothing to eat or drink in three days – of course they decided to surrender,” Zhdanov said on his YouTube channel.

Defiance by candlelight as Kyiv adapts to blackouts