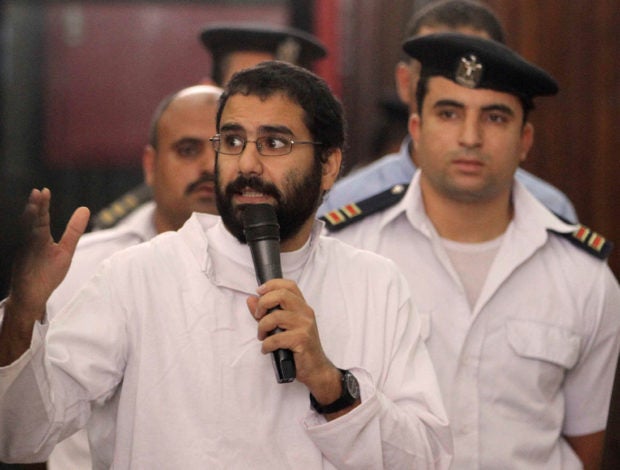 FILE PHOTO: Activist Alaa Abd el-Fattah speaks in front of a judge at a court during his trial in Cairo, November 11, 2014. REUTERS/Al Youm Al Saabi Newspaper

SHARM EL-SHEIKH, Egypt — The family of jailed Egyptian-British hunger striker Alaa Abd el-Fattah said on Tuesday they had not heard from him since he had been due to stop drinking water two days ago, and the United Nations human rights chief warned his life was in great danger.

Abd el-Fattah, a prominent activist and blogger, was sentenced in December 2021 to five years on charges of spreading false news and has been on a hunger strike for 220 days, since April 2, against his detention and prison conditions.

In an escalation that coincided with the arrival of world leaders in Egypt for the COP27 climate conference, he informed his family that he would stop drinking water on Sunday.

Abd el-Fattah’s mother said on Tuesday she had waited for a second day outside the jail northwest of Cairo where he is being held to receive a weekly letter from him, but got nothing. Prison officials said he was refusing to send out a letter, she said.

“We don’t know where he is. We don’t know if he’s alive,” Abd el-Fattah’s sister Sanaa Seif told journalists at the annual United Nations gathering of world leaders to discuss global warming, this year held at the Red Sea resort of Sharm el-Sheikh.

UN High Commissioner for Human Rights Volker Turk called for the immediate release of Abd el-Fattah who he said was “in great danger.”

Asked whether there was a risk he may have already died, given the lack of communication, Turk’s spokesperson said in Geneva: “We are very concerned for his health and there is a lack of transparency as well around his current condition.”

In a statement from its mission to the United Nations in Geneva, Egypt said Turk’s statement violated the principles of impartiality and objectivity and seemed to rely on unsubstantiated information.

US State Department spokesperson Ned Price said Washington was “seriously concerned” about Abdel Fattah and had raised his case repeatedly with Egyptian officials.

The United States allocates around $1.3 billion in military aid to Egypt annually. The Biden administration has held a small portion of the aid back in recent years citing rights concerns, including over Cairo’s record on political prisoners.

However, Seif said Britain had not replied to her request for proof that her brother was alive.

“I asked the British authorities to get us some proof that Alaa is alive and conscious, I did not get any response.” 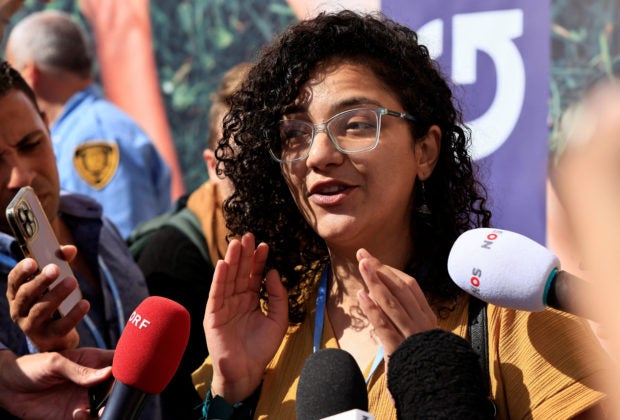 Egyptian officials have not responded to Reuters requests for comment on Abd el-Fattah. They said previously that he was receiving meals.

Amr Darwish, an Egyptian member of parliament attending COP27, said Abd el-Fattah was convicted in court and questioned his family’s appeal for international support, which pro-government figures have portrayed as an interference in Egypt’s internal affairs.

Abd el-Fattah rose to prominence during Egypt’s 2011 popular uprising which led to Egypt’s first democratic presidential election. The new Muslim Brotherhood president, Mohamed Mursi, was toppled by the military – then led by Sisi – after mass protests against his rule in July 2013.

Abd el-Fattah, a software developer from an activist family, was detained in the subsequent crackdown on Islamists, leftists and liberals alike, and has been behind bars for most of the time since then.

Some rights campaigners have criticized the decision for Egypt to host COP27, citing what they say is its repression of political dissent. They have also raised concern over access and space for protests at the United Nations climate talks.

Sisi has said security measures were needed to stabilise Egypt after the 2011 uprising.