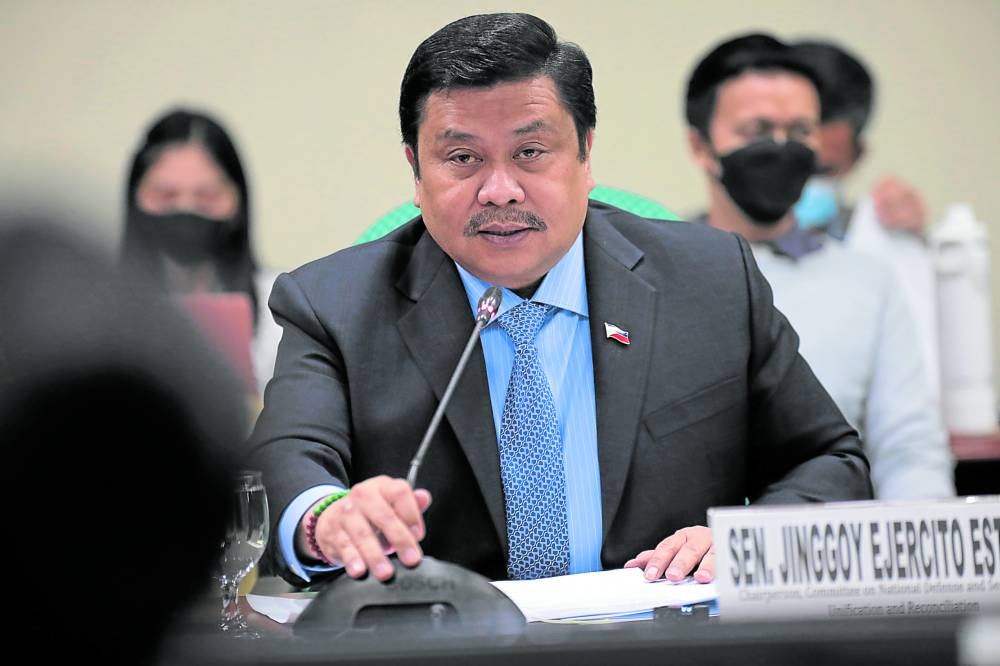 In his privilege speech, Estrada pointed out that at present, producers shoulder several taxes including a 10% amusement tax, 5% distribution fee, 30% income tax, and they are required to give 45% of ticket sales to theater owners.

He likewise lamented that for this year, only nine local films have been released, according to theater group operators. This is out of the 20 Filipino films reviewed by the Movie and Television Review and Classification Board.

Citing the Film Development Council of the Philippines chairman Tirso Cruz III, Estrada said quality films also need P10 to P30 million to be produced, and producers must earn triple or at least 270% of their investment.

“How can an industry, barely in survival mode and among the most heavily taxed entertainment in Asia, recover from its current state?,” he said.

Estrada said the government could consider removing the amusement tax.

Citing a study by the Senate Tax Study and National Tax Research Center, he noted that only P1 million in revenue was collected by the government from 2014 to 2018, thus removing the said tax would not be much of a loss for the government.

He said this can “recover the producers invested capital and enable them to produce more films in the long run.”

(I believe this is not such a huge loss from the government’s income. Should the amusement tax be removed, the entertainment industry could thrive and it would produce jobs and could be a source of the so-called recoupment tax.)

Estrada also proposed a subsidy program and other benefits for the film industry, following what other countries do for their entertainment industry including scholarships and workshops to develop the industry.

“It’s probably high time for the government to consider the idea of providing government subsidy to [the] film industry just like what the investments made by the South Korea’s Ministry of Culture, Sports, and tourism to fund a five-year plan (2015-2019) for their domestic animation and character industries,” said Estrada.

“Government should encourage the promotion of Filipino culture/cuisine, tourism, and heritage as part of the content. Provide scholarships and workshops for scriptwriters, production personnel, and musicians to strive for excellence in this field/industry,” he added.

Senator Robinhood Padilla, in a manifestation, agreed with Estrada saying the temporary suspension of the taxes for the entertainment industry could help, considering that it is currently facing a crisis.

For his part, Senator Francis Tolentino said he agrees there is a need to “overhaul existing subsidies” given to the local film industry, saying that other countries offer cash rebates to have international production outfits produced in their territories.

Estrada mentioned that the Metropolitan Manila Development Authority allegedly planned to hold a summer film festival in the month of April and also to conduct the Metro Manila Film Festival without foreign films shown in the cinema.

Metro Manila Film Festival was founded by Former President Joseph Estrada in 1975 and was conducted every June before it was moved to December.–Alyssa Joy Quevedo, trainee