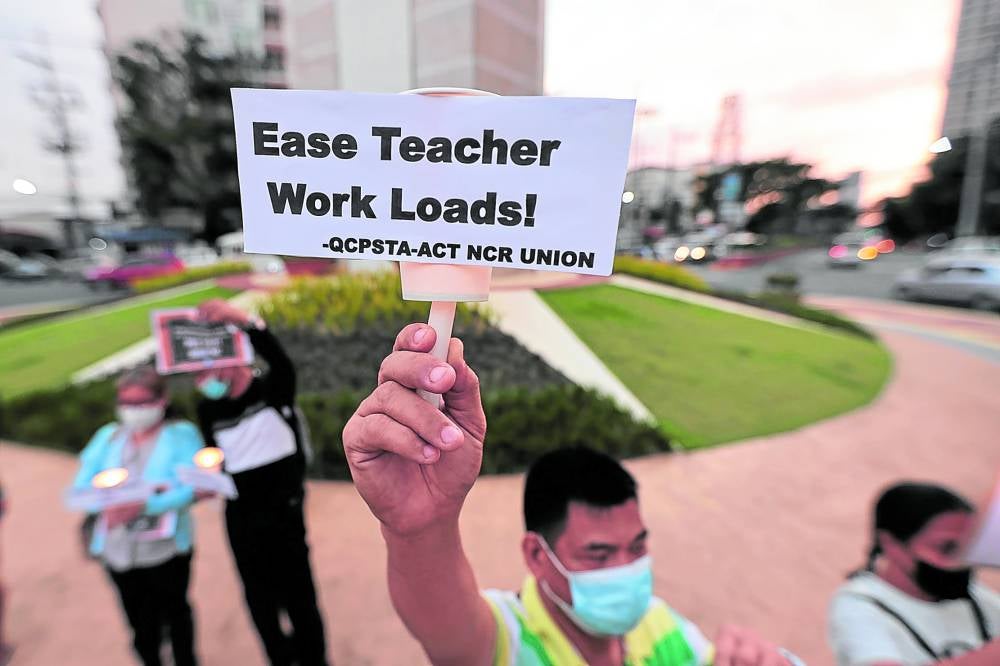 Activist teachers urged the Department of Education (DepEd) to explain how exactly it plans to enforce its new order to depoliticize and professionalize their ranks, saying it might “step on their basic rights” by prohibiting them from airing complaints about the agency in public.

Benjo Basas, chair of the Teachers Dignity Coalition (TDC), said his group feared that DepEd Order No. 49, which sought to make the department and its personnel “free from any partisan activities,” could infringe on educators’ constitutional right to organization and free speech.

“[The order] is just giving general reminders to employees that government agencies normally do, but it might become an issue when it affects the basic rights of teachers,” Basas told the Inquirer on Friday.

At the House of Representatives, a lawmaker representing a teachers’ party list group said some parts of the order may already prove more restrictive than the Code of Conduct and Ethical Standards for Public Officials and Employees and the Philippine Teachers Professionalization Act.

“Parts of the department order expand and even exceed boundaries of definitions under existing laws to prevent teachers from exercising their constitutional rights,” ACT Teachers Rep. France Castro said in a statement on Friday.

“Why does DepEd feel the need to create such an order that gags and threatens teachers and education support personnel, which treats them as mere creatures only of the school and dehumanizes them, preventing them [from exercising] their right to free speech, expression, to organize and be able to voice out their grievances?” she said.