Sandigan throws out forfeiture cases vs late ex-CJ Corona: Assets not in SALN not ‘unexplained wealth’ 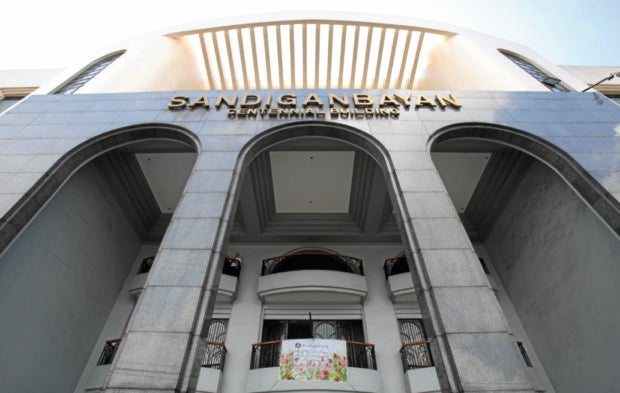 MANILA, Philippines —A forfeiture case against the late former chief justice Renato Corona about assets not listed in his Statement of Assets, Liabilities, and Net Worth (SALN) was dismissed by the anti-graft court.

In a decision dated November 3, the Sandiganbayan’s Second Division said the allegations against Corona “are misplaced” as it declared that the questioned assets of the ex-chief justice were not “unexplained wealth” but were not only mentioned in his SALN.

It said that Corona and his heirs were able to adequately prove that their income could enable them to acquire the questioned assets.

“Petitioner’s assertions are misplaced. Thus, we are inclined to rule in favor of respondents […] In determining whether or not there is unexplained wealth within the purview of R.A. No. 1379, the Courts are not bound by the SALNs filed by the respondent,” reads the 48-page decision of the Sandiganbayan’s Second Division.

“On the contrary, the statute affords every opportunity to explain to the satisfaction of the court how he acquired the property in question,” it added.

To recall, Corona was impeached in December 2011 for failing to indicate P180 million worth of his assets in his SALN. The Senate – sitting as an impeachment court – convicted Corona in May 2012.

After his impeachment, the Bureau of Internal Revenue filed a tax evasion case against the late chief justice and his family. His impeachment also prompted several petitioners to ask the Office of the Ombudsman, then under former Supreme Court associate justice Conchita Carpio-Morales, to investigate alleged ill-gotten wealth amounting to more P130.5 million.

READ: What Went Before: Corona wealth

The Sandiganbayan noted that while Corona may have been liable for negligence as he failed to indicate his assets in his SALN properly, these assets cannot be labeled as unexplained wealth because the former chief justice, his wife, and children have legally accumulated wealth over years of working.

“At most, CJ Corona may be held guilty of simple negligence for having failed to ascertain that his SALNs were accomplished properly, accurately, and in more detail. Such an administrative case could have been imposed against him. However, it was pre-empted by his death,” the anti-graft court said.

The Sandiganbayan also exonerated Corona from accusations that the value of the properties he mentioned in his SALN was devaluated, saying the acquisition costs of the properties could always be checked with other documents.

It likewise noted that assessing the proper value of such properties may not be accurate, which means government officials like Corona could have mistakenly placed original values and not adjusted figures.

“Moreover, respondents assert that CJ Corona indicated consistently and in good faith the addressed values and fair market values of the aforementioned properties in his SALN. While initially, the acquisition costs were not indicated thereon, they were nonetheless readily available in other documents such as the deeds of sale and certificates of title, which are always open for public scrutiny,” the Sandiganbayan said.

“[…] the High Court noted that inaccuracies are likely due to the practice of copying entries from previous years and adding subsequent acquisitions.  This is why, it added, officials should be alerted to these issues.  Thus it emphasized the importance of informing a reporting individual of the defect in his or her [SALN], and giving him or her the corrective action for it,” it added.

According to the Sandiganbayan, Corona did not enter the Supreme Court as a “pauper” noting that he and his wife obtained several assets as they worked for high-profile jobs even before taking office.

It further considered the admission that the couple has been putting their money in foreign currency accounts – currencies much stronger than the Philippine peso and could have a higher interest rate over the years.

It even pointed out that the Corona couple had been working and saving since 1960s.

With this ruling, the forfeiture case against Corona’s heirs have been similarly dismissed, while the writ of preliminary attachment issued last January 2015 was also lifted.