Members of the Land Transportation Office-National Capital Region assist in making sure smooth traffic flow around the Manila North Cemetery as part of Oplan Undas 2022 on Monday, October 31, 2022. Photo from LTO-NCR

MANILA, Philippines —  The Land Transportation Office National Capital Region-West (LTO-NCR-West) on Tuesday warned the public to brace for severe traffic in Metro Manila as commuters and tourists returned to the area from the Undas holiday.

(We expect an influx of not only motorists but also more passengers, and we are ready for that.)

Congestion and delays in traffic are to be expected from Tuesday night through Wednesday, he said, adding that LTO staff are on heightened alert “to guarantee road safety for thousands of commuters and motorists traveling to and from provinces.” 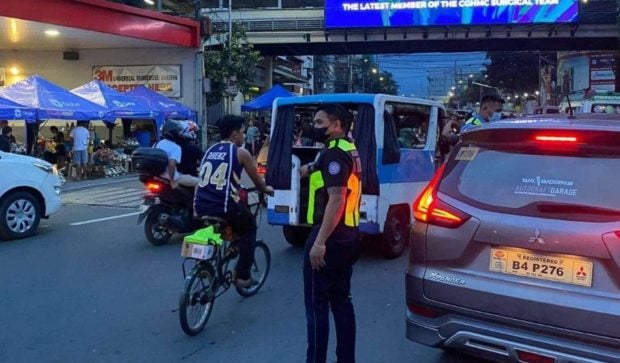 Members of the Land Transportation Office-National Capital Region assist in making sure smooth traffic flow around the Manila North Cemetery as part of Oplan Undas 2022 on Monday, October 31, 2022. Photo from LTO-NCR

(We wish for the safety of all our passengers, so as early as last week, we deployed traffic enforcers, police, and force multipliers to check if the public vehicles are roadworthy and if their franchises are valid in order to be safe  from the colorum units.)

He added that LTO has also suspended leave of absence among its personnel during “Undas” to maximize operations.

LOOK: Undas 2022 at the Manila Memorial Park in Parañaque City