Over 700 passengers stranded in Bicol ports due to Paeng 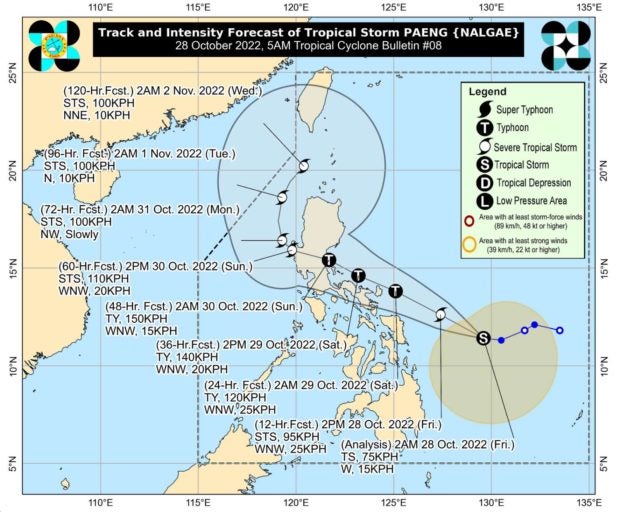 LEGAZPI CITY — At least 762 passengers were stranded in various ports in the Bicol region due to Tropical Storm Paeng (international name Nalgae).

In a report, the Philippine Coast Guard Bicol said that as of 4 a.m., 461 passengers were stranded at Matnog port in Sorsogon, 275 at Tabaco City port in Albay, and 26 at Camarines Sur ports.

Signal No. 1 was also raised in Masbate, including Ticao and Burias Islands, Camarines Norte, and the rest of Camarines Sur. INQ

Paeng may make landfall in Aurora, Quezon province; Signal No. 1 up in …