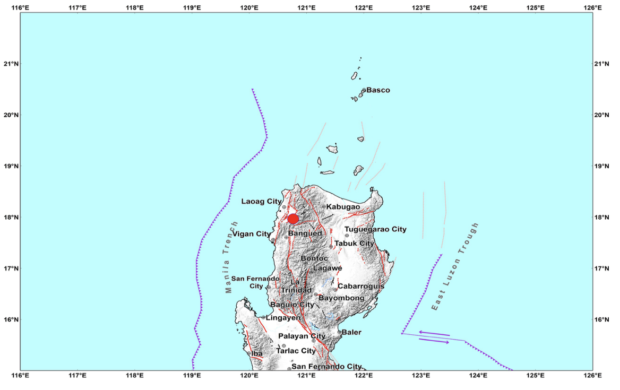 MANILA, Philippines — A magnitude 4.8 earthquake struck Ilocos Norte on Wednesday, according to the Philippine Institute of Volcanology and Seismology (Phivolcs).

The agency reported that the epicenter was 11 kilometers northeast of Nueva Era in Ilocos Norte. Phivolcs detected the tectonic earthquake at 5:39 a.m., with a depth of focus of one  kilometer.

According to the Phivolcs Earthquake Intensity Scale, Intensity III means that the quake is weak but it is still “felt by many people indoors especially in upper floors of buildings.”

Phivolcs said that no aftershocks and damage are expected.