Retired admiral gets 18 years for malversation of public funds 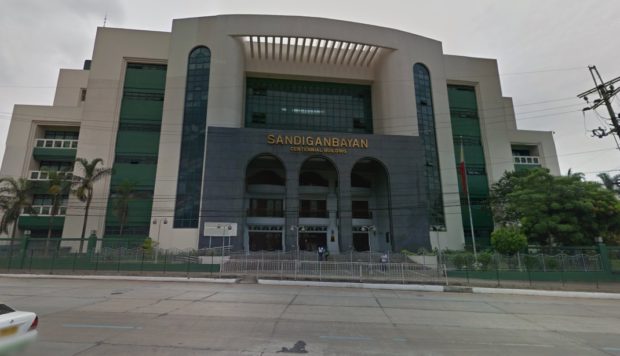 MANILA, Philippines — A retired Philippine Navy officer was sentenced to a maximum of 18 years in prison for malversation of public funds and another six to 10 years for graft over his role in the ghost procurement of medicine, medical and dental supplies for P24 million three decades ago.

The Sandiganbayan’s Third Division found former Rear Adm. Gilmer Batestil guilty of 20 counts of malversation and 16 counts of graft in connection with the “irregular and anomalous procurement” from 1990 to 1991.

In a 586-page decision promulgated on Sept. 16, the antigraft court also convicted Edna Gianan, owner of the supplier ERG Marketing, on nine counts of malversation and five counts of violations of the Anti-Graft and Corrupt Practices Act.

Two of their coaccused were also found guilty of the graft charge: Victoriano Chua, who was convicted on four counts, and Ermina Castillo, on one count.

Batestil and Gianan were fined P17 million and P7.7 million, respectively, representing the total misused amount, and ordered to indemnify separately the government of the same amounts, with interest at 6 percent per year from the finality of the decision until fully paid.

The court also punished Batestil with special perpetual disqualification from public office for the malversation case.

The malversation cases against four other accused, former Capt. Walter Briones, Irene Somido, Lanie Primavera and Edgar Arabaca, who were never arrested, were archived, to be revived upon their arrest.

“Let alias warrants of arrest be issued against the said accused,” the court ordered.

The cases stemmed from a special audit by the Commission on Audit (COA) on the Philippine Navy that noted irregularities in the procurement of supplies.

The COA report found that nearly P54 million was not accounted for and that supposed deliveries to the Cavite Naval Hospital (CNH) and the Office of Chief Sergeant (OCS) were “in excess of the normal three-month supply requirement of these offices.”

The antigraft court ruled that Batestil “allowed the taking of the subject public funds by signing the purchase orders (POs) and disbursement vouchers (DVs) which resulted in the payment of the items allegedly purchased in the POs and DVs that were never delivered to the Navy.”

Batestil had admitted to preparing the POs and signing the DVs during his term as the naval procurement officer, and that the payments to the supplier would not have been possible without his signature.

The court noted that the supporting documents for the purported deliveries of medicine were “falsified.”

The prosecution established that the alleged deliveries did not take place because these were not reflected in stock cards and monthly consumption reports, and that it was physically impossible to store the purchases in their warehouses at the CNH, OCS and Bonifacio Naval Station.

Gianan, meanwhile, admitted to the court that she had received the checks representing payments for the medical supplies, but she did not deliver anything to the Navy.

The court also found that ERG Marketing did not have a license to operate as a drug retailer or distributor, and that the audit team could not even locate the alleged store.

As such, Batestil’s and Gianan’s acts “show the concurrence of will and unity of purpose between the said accused in defrauding the government,” according to the decision penned by Presiding Justice and Division Chairperson Amparo Cabotaje-Tang.

As for Chua, the court ruled that the prosecution was able to prove he got money from the Navy by securing checks and cashing them without supporting documents.

He was supposed to have stood trial alongside then Flag Officer in Command and Vice Adm. Mariano Dumancas Jr., and Briones, then the commanding officer for Naval Services, who had signed the anomalous checks.

Dumancas, however, is deceased while Briones is still at large.

The court also noted that Castillo’s signatures on the POs and DVs as a procurement officer for the Navy made possible the release of the checks and all corresponding payments to ERG Marketing.

Sajid Ampatuan gets 128 years for graft