Not enough to fund DBM’s ‘Sipsip,’ other unprogrammed items — Pimentel 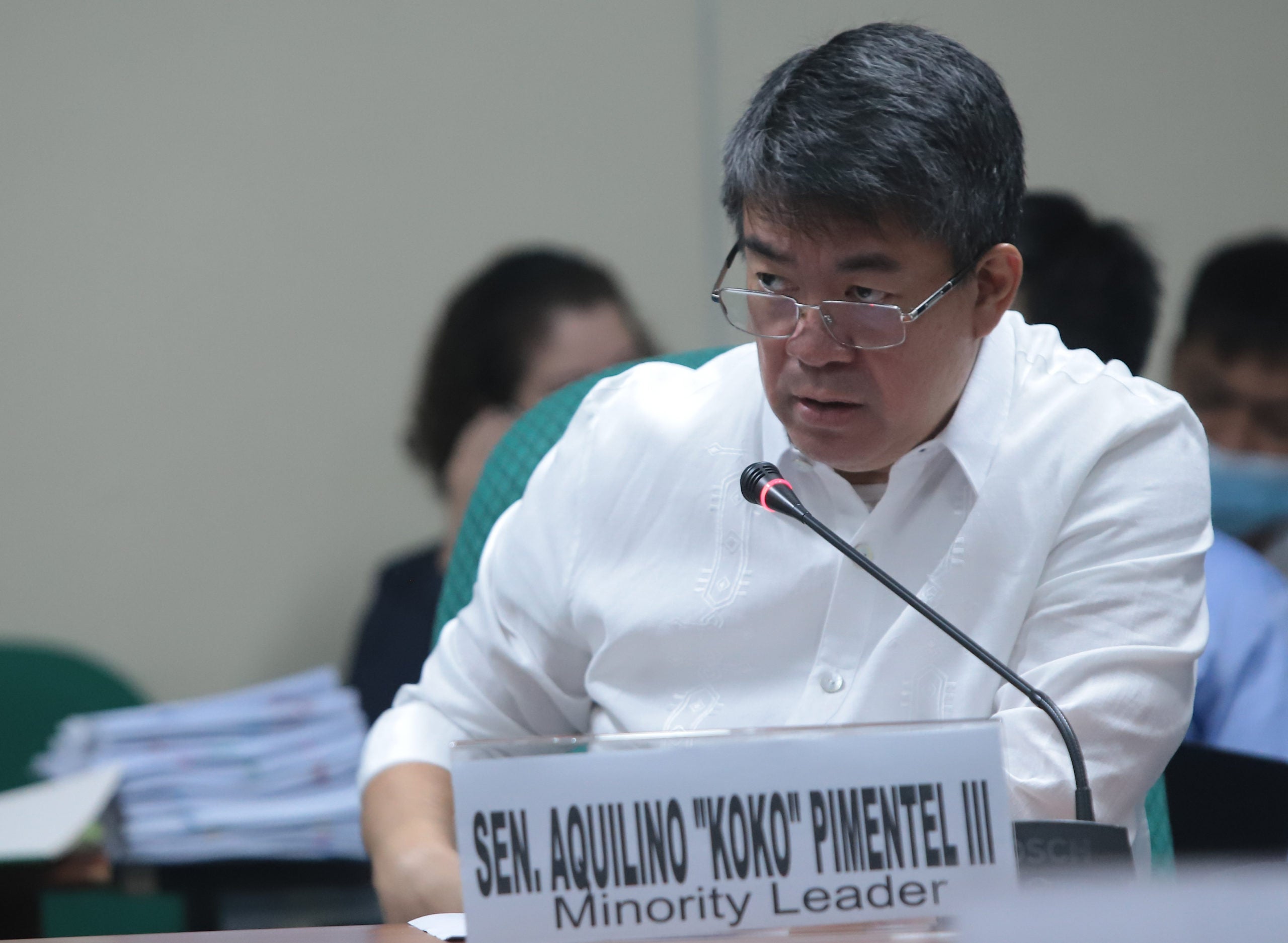 MANILA, Philippines – The Support to Infrastructures and Social Program or “Sipsip” and other items under the proposed unprogrammed funds will not have enough funding, said Senate Minority Leader Aquilino “Koko” Pimentel III in a statement on Saturday.

According to the website of the Department of Budget and Management’s (DBM), unprogrammed appropriations provide standby funds to fulfill “additional agency obligations for priority programs or projects when revenue collection [exceeds] targets”.

During the Senate Finance Committee hearing for the DBM’s budget, senators took note of Sipsip’s name, due to the fact that it means sycophant in Filipino. Pimentel, however, raised a concern about the funds allotted for Sipsip and other projects from the proposed unprogrammed projects.

Pimentel explained that the program has a proposed P150 billion budget, which fell under the P588.1 billion unprogrammed funds in the proposed 2023 national budget.

“There’s no new source of revenue that can be tapped to fund the half-a-trillion allocation. Therefore, the only viable option for the government is to borrow more in 2023 to fund ‘sipsip’ and all other items in the unprogrammed funds,” the senator said.

Pimentel further explained that  projects under unprogrammed budgets can only be from windfall revenue collections, new revenue sources, or foreign project loans. The government is only expected to collect P3.6 trillion in taxes and duties, he said, which is already for the proposed 2023 national budget of P5.268 trillion.

“This will add to our growing outstanding debt. With P13 trillion national debt, each of the 109 million Filipinos today owes P119,458,” Pimentel said.

Pimentel also questioned the lack of details in the proposed budget, saying that it may end up as pork barrel allocation.

“Lump-sum items give the executive carte blanche authority to spend the money in whatever they want. That is what we want to prevent in our request to itemize the budget down to the last centavo,” Pimentel said.

Pimentel also hit other items under the proposed unprogrammed funds, saying that they are similar to existing projects, such as the Armed Forces of the Philippines P5 billion for their modernization program and the P380.6 billion proposed to support to foreign-assisted projects.