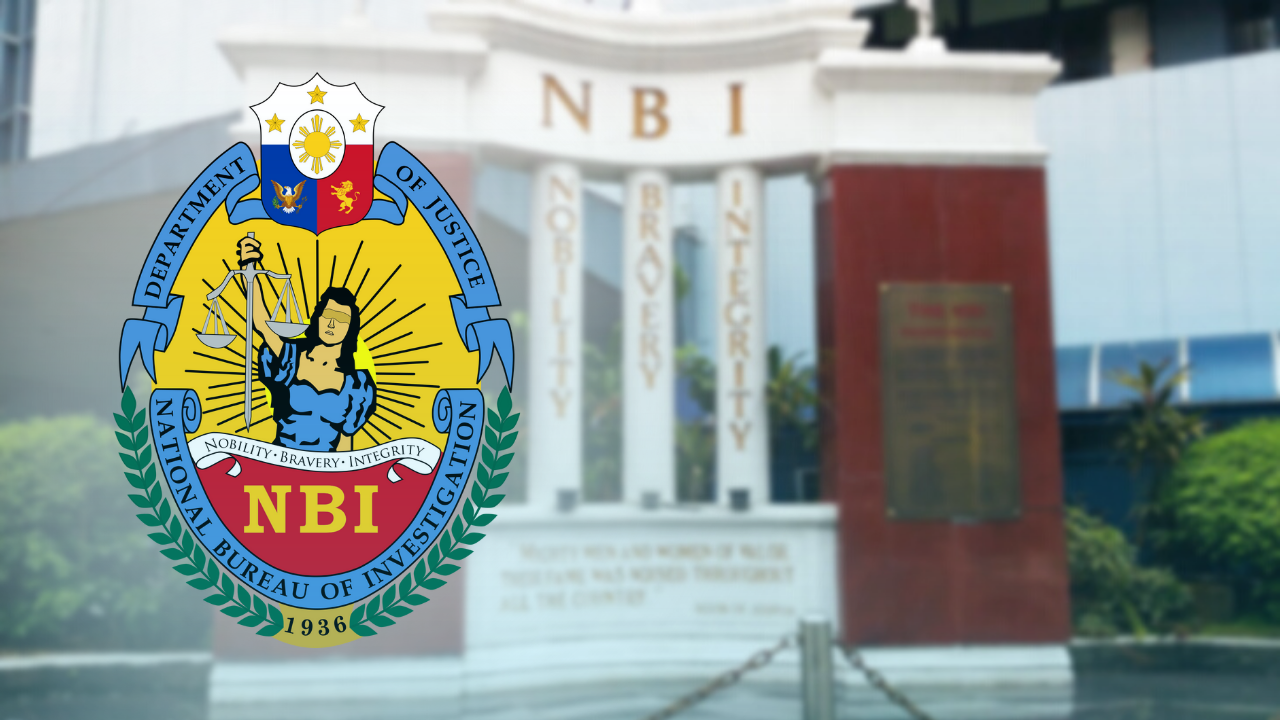 NBI logo over a shot of the facade of its headquarters

The National Bureau of Investigation pressed kidnapping charges against 11 police officers of the National Capital Region Police Office (NCRPO) over the disappearance last year of four men in police custody.

In a complaint dated Oct. 19 filed before the Department of Justice, the NBI Task Force Against Illegal Drugs sued the NCRPO personnel over the abduction of still-missing siblings Gio and Mico Mateo, Garry Matreo Jr. and Ronaldo Anonuevo on April 13, 2021.

The police officers were charged with kidnapping and serious illegal detention as well as violation of the Anti-Enforced or Involuntary Disappearance Act. None of them were arrested absent a warrant of arrest issued by the court.

Orapa had been transferred to the NCRPO Regional Personnel Holding and Accounting Unit.

They were accused of kidnapping the Mateo siblings and Matreo in Alfonso, and Anonuevo in Dasmariñas City, in the guise of antidrug police operations, according to the NBI.

Footage of a closed-circuit television camera showed the victims being taken by the suspects in their vehicles.

According to the NBI, the NCRPO personnel conspired with each other to kidnap the victims “in flagrant disregard of the rule of law.”

The NBI also recommended that Orapa, Staff Sergeant Denar Roda and Nicasio and Nicholes Manio be charged with perjury and serious dishonesty for denying during a Senate hearing on the case of missing cockfight afficionados back in April that they know each other.

Their denial runs counter to the sworn affidavits of the Manio siblings admitting their role as police assets as well as closed-circuit video footage showing the police officers with the two informers, according to the NBI.

The Manios were allegedly involved in the disappearance of online cockfighting workers Johnver Francisco and Franc Tabaranza in Meycauayan, Bulacan, on April 18, 2021.

Orapa, along with other NCRPO antidrug enforcers, was also invited by the Senate for his involvement in the case of the missing cockfight habitués.

NCRPO chief Brig. Gen. Jonnel Estomo said they would cooperate with the investigation of the NBI.

“We respect the courses of action being undertaken by NBI on this matter so long as it is within the bounds of existing laws, policies, rules and regulations,” he said in a statement on Friday.