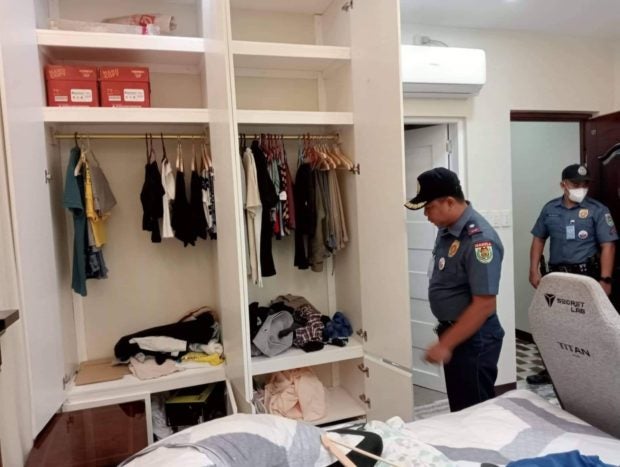 Police inspect the crime scene following a robbery inside the house of a local trader in Cordon town, Isabela province, on Thursday, Oct. 20). (Photo courtesy of PNP-Region 2

Investigators said the robbers, who were armed with two knives, entered the compound by climbing over a fence at the back of the house using a ladder.

The police said the robbers then tied the owner of the house located in Barangay Malapat.

Major Ferdinand Mallillin, Cordon police chief, said they have persons of interest after the robbers were caught on security camera.

He said investigators were baffled as to why the house security guard did not respond to the robbery at the time of the robbery.

Police were considering a possible inside job. INQ