Marcos Jr. not yet inclined to appoint DA chief: I’m still needed there 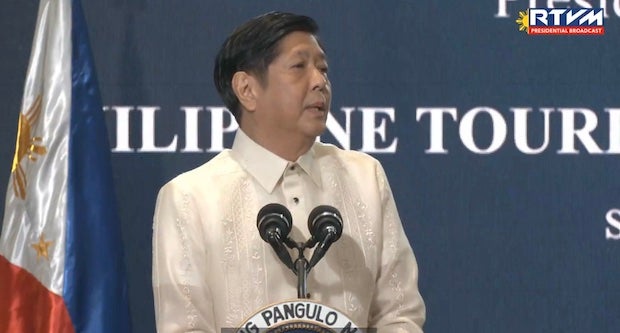 MANILA, Philippines — President Ferdinand “Bongbong” Marcos Jr. on Thursday said he won’t relinquish his lead yet at the Department of Agriculture (DA), saying he is not inclined at the moment to appoint a full-fledged secretary for the department.

Marcos said the current problems in the country’s agriculture sector are “so difficult” and it would take a President to fix them, pointing out that such challenges have been there for a long time.

“There are things that the President can do that a Secretary cannot, especially because the problems are so difficult that it would take a president to change and turn it around. Very deeply embedded ang mga problema na natin sa agrikultura,” he said in an interview with reporters at the sidelines of the 48th Philippine Business Conference and Exposition 2022 at Manila Hotel.

(These problems have been there for many years now, so it’s not easy to return to the excellent system from before.)

He said he would only hand down the reins over the department once its functions are “properly institutionalized” and the necessary “structural changes” have been made in the DA.

“When we are able to say that the DA’s functions are properly institutionalized and the structural changes that we need to make in the DA have been made and the appointments in the DA have already been made, then saka ako bibitaw,” the President said.