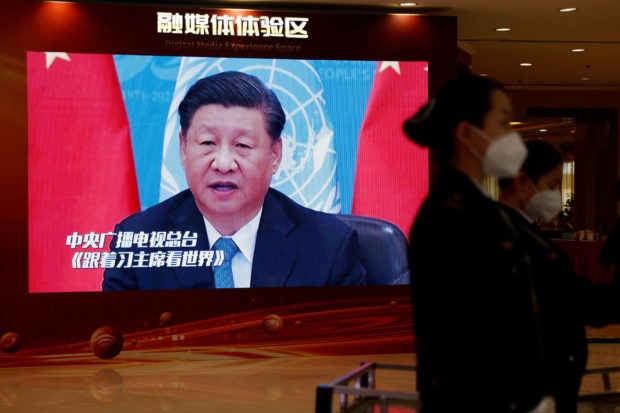 TAIPEI — Chinese President Xi Jinping would become a “sinner” of all Chinese people if he attacked Taiwan and would not win a war as he would face international sanctions and diplomatic isolation, Taiwan’s top security official said on Thursday.

China has ramped up military and political pressure against democratically governed Taiwan over the past two years as it seeks to assert its sovereignty claims, which the government in Taipei strongly rejects.

Opening a twice-a-decade congress of China’s ruling Communist Party on Sunday, Xi said it was up to the Chinese people to resolve the Taiwan issue and that China would never renounce the right to use force but still strive for a peaceful resolution.

Speaking to reporters on the sidelines of parliament, Chen Ming-tong, head of Taiwan’s National Security Bureau said Xi would face disaster if he followed through on his threats of ever attacking Taiwan.

“There is no possibility of winning in using force to attack Taiwan,” Chen said.

China would face international sanctions and diplomatic isolation for doing so, he added.

Taiwan’s government says only the island’s 23 million people can decide their future, and that as Taiwan has never been ruled by the People’s Republic of China its sovereignty claims are void.

“It’s very clear that the two sides should respect each other and develop separately, which is the way that will bring happiness to the people,” Chen said.

Taiwan President Tsai Ing-wen has repeatedly offered to resume talks with China based on the principles of equality and mutual respect, but Beijing has rebuffed those advances insisting she must first acknowledge that Taiwan is part of China.

Tsai is overseeing a military modernization program to respond to China’s growing threat, which in August included war games carried out near the island as Beijing angrily responded to a visit to Taipei by U.S. House Speaker Nancy Pelosi.