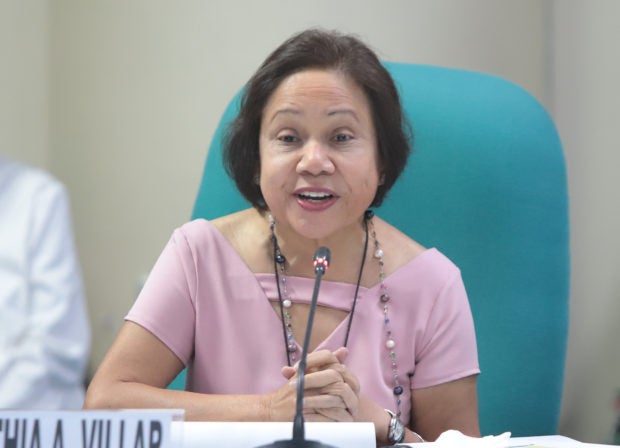 DAY 2 OF AGRI BUDGET HEARING: Sen. Cynthia Villar presides over the continuation of the Finance Subcommittee B hearing on the proposed budget of the Department of Agriculture and its attached agencies Wednesday, October 19, 2022. (Bibo Nueva España/Senate PRIB)

MANILA, Philippines — The 2023 budgets of the National Irrigation Administration (NIA) and the Department of Agrarian Reform (DAR) are now up for Senate plenary deliberations.

Senator Cynthia Villar, who presided over the Senate finance subcommittee discussion, approved the budgets during the 10-hour hearing on Wednesday.

Under the national expenditure program, the NIA’s budget is P41.5 billion, lower than their proposed P47.4 billion.

Of their budget, a large chunk of P40.84 billion will be intended for budgetary support to government corporations, while P673 million is NIA’s corporate fund.

On the other hand, the budget of DAR next year is P15.85 billion.

The 2023 budgets of several attached agencies of the Department of Agriculture, such as the National Food Authority, likewise secured the panel’s nod.