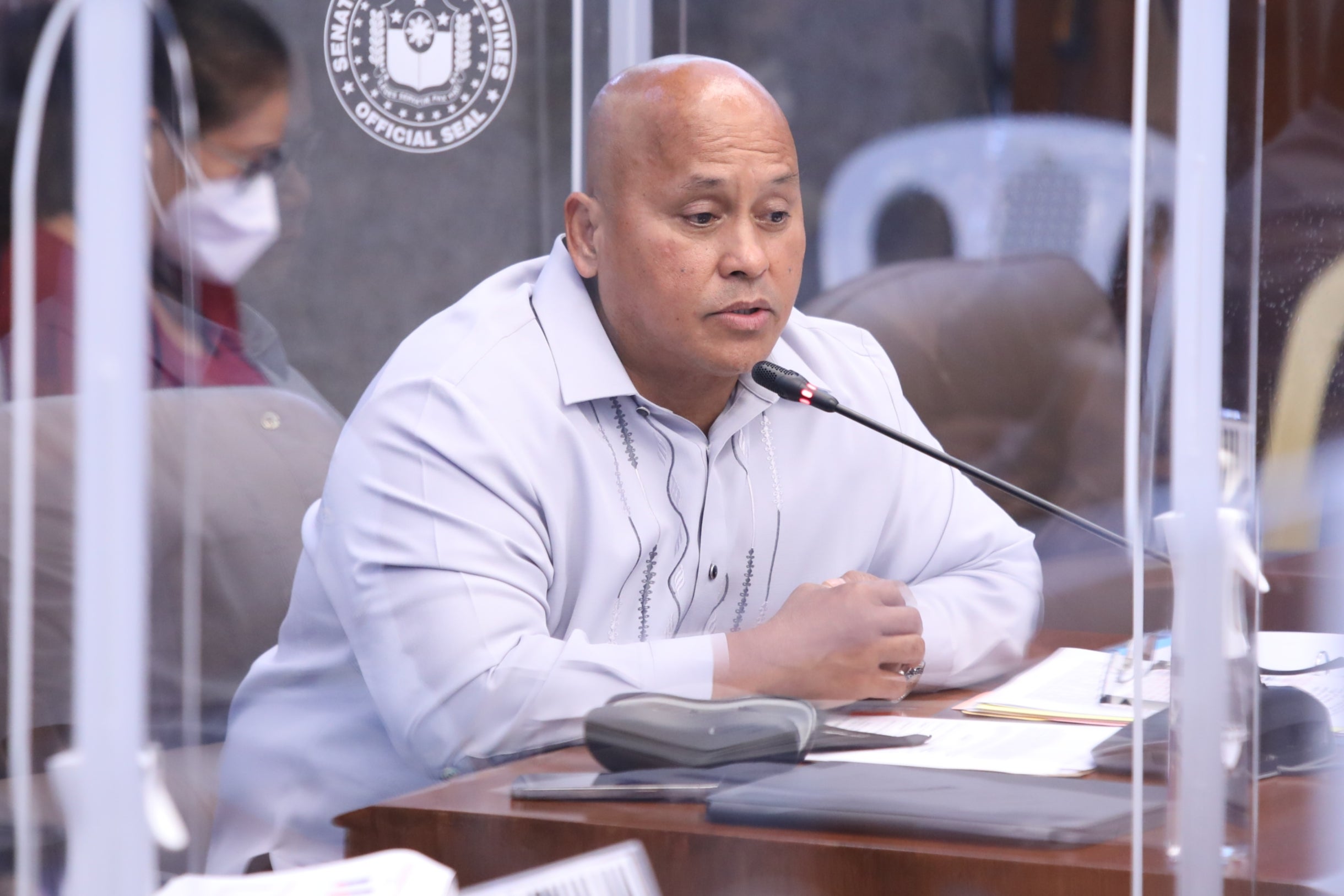 (FILE) Sen. Ronald “Bato” M. dela Rosa on Monday, October 3, 2022, expresses disappointment over the seeming lack of preparation and poor internet connectivity of some resource persons during the hybrid hearing of the Ways and Means Committee regarding the economic impact of the Philippine Offshore Gaming Operators (POGOs) industry in the country. (Albert Calvelo/Senate PRIB)

During the Senate Committee on Finance’s hearing of the proposed budget of the Local Water Utilities Administration (LWUA), Senator Robinhood Padilla asked LWUA officer-in-charge Eileen dela Vega to give an update on the water shortage situation in Marawi City.

During Padilla’s questioning, Dela Rosa stressed that any delay in resolving the situation could allow extremists to take advantage and ‘radicalize’ the city’s residents.

(The situation is very ripe for extremists to exploit and radicalize the people of Marawi, and there may be conflict again because of water).

Dela Vega explained that while they could resolve earlier problems with water projects in Marawi City, the lack of a full-time LWUA administrator has created difficulties in pushing through with the agency’s other recommended projects in the city.

Dela Rosa then responded that while he is aware of the agency’s limitations, residents of Marawi City may not really understand the situation.

(We cannot afford to have another Marawi siege part two. We know your limitations, but the people on the ground do not understand).

Padilla previously questioned the LWUA about the water supply in Marawi City, as he vowed to scrutinize the agency’s budget.