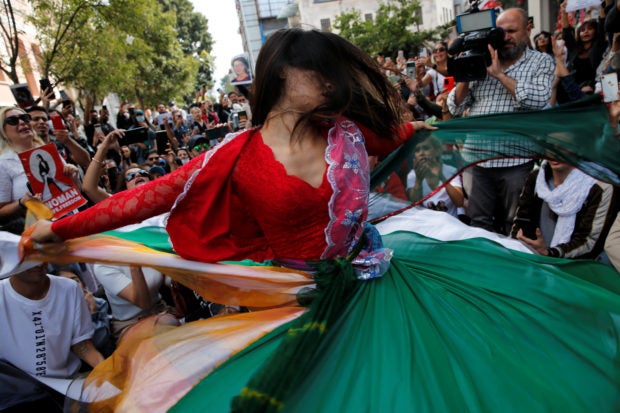 Mikaeil Alizadeh, also known by her stage name Leo, an Iranian belly dancer living in Turkey, performs during a protest in support of Iranian women and against the death of Mahsa Amini, near the Iranian consulate in Istanbul, Turkey October 4, 2022. REUTERS/Dilara Senkaya

ISTANBUL — Mikaeil Alizadeh decided to move to Turkey from Iran in 2015 after receiving threats for being gender-fluid and fearing she would be jailed for being a dancer. Now she believes the anti-government protests will lead to the end of Tehran’s “cruelty.”

Alizadeh, 33, who goes by the stage name Leo, is one of hundreds of Iranians who have attended protests in Turkey triggered by the death last month of a 22-year-old Kurdish Iranian woman while in the custody of Iran’s morality police.

The protests over the death of Mahsa Amini, who had been detained for violating strict codes requiring women to dress modestly in public, spread rapidly.

Attending a rally in Istanbul on Monday marking one month since Amini’s death, Alizadeh said protesters in Iran were encouraged by support from abroad.

“The people in Iran have become very strong…thanks to our protests, the support from the world,” she said among a crowd of around 100 people on a street opposite the Iranian consulate.

The unrest has become one of the boldest challenges to Iran’s clerical rulers since the 1979 revolution, with protesters calling for the downfall of the Islamic Republic. However analysts say the chances of a political change in Iran remain slim anytime soon.

Alizadeh said she had to give dance lessons and perform in secret in Iran. She finally moved to Turkey in 2015 after a neighbor called the police and made prostitution accusations over the dance classes.

“I felt the danger in my heart after that day. I had to stop dancing if I lived in Iran or would have had to spend the rest of my life in prison,” she told Reuters. 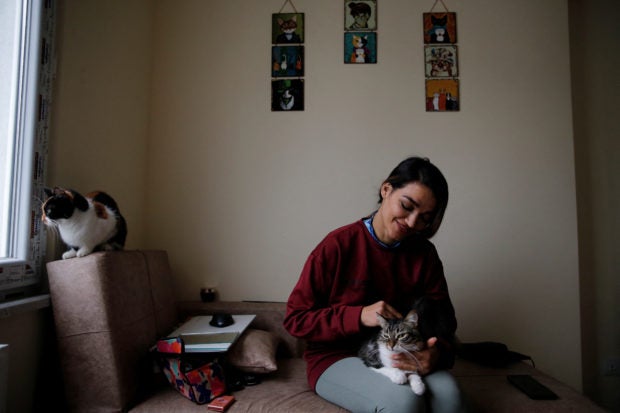 Mikaeil Alizadeh, also known by her stage name Leo, an Iranian belly dancer living in Turkey, is pictured with her cats at her home in Istanbul, Turkey October 15, 2022. REUTERS/Dilara Senkaya

Alizadeh, who identifies as gender-fluid, said she got a hysterectomy and mastectomy in Iran. She had been receiving threats in her own country as she briefly underwent hormone therapy.

“They asked me why are you dancing with women as a man? I was really tired of that country at that time because our protests were going unanswered,” she said.

Turkey was once seen as a safe haven for the LGBT community in the Middle East and Istanbul’s Istiklal Avenue was the scene of large Pride marches, with tens of thousands attending.

Homosexuality is not a crime in Turkey, but hostility to it is widespread. President Tayyip Erdogan’s conservative AK Party and their nationalist MHP allies have toughened their anti-LGBT stance in recent years, with a minister referring to the LGBT community as deviants.

Alizadeh said she got married in Turkey and now gives private lessons and performs at cultural and private events.

“At least Turkey does not ban dancing. It is a sin and is forbidden to even think about dancing in Iran,” she said, speaking at an Istanbul restaurant where she performs.

“I put on shows here. People look me in the face as I dance and smile. That moment is a huge gift for me,” she said.