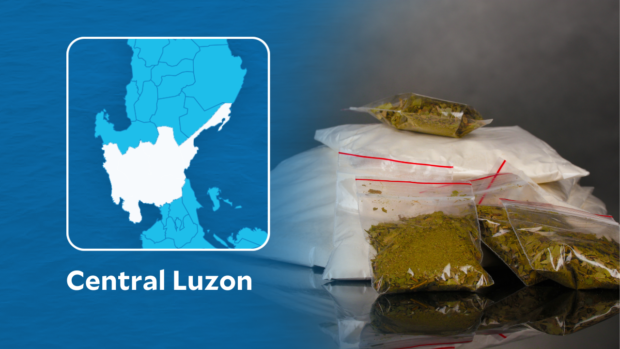 In a report, the Police Regional Office 3 (PRO3) said the drug haul resulted from 124 operations from Oct. 9 to 15 that also led to the arrest of 172 drug suspects in the region.

The PRO3 said 194 most wanted persons were also arrested during the same period.

The police also arrested 165 people while engaging in illegal gambling and 12 others for illegal possession of firearms.

At least P93,000 worth of bet money had been recovered in 37 anti-illegal gambling operations in the region in the past week, the PRO3 added. INQ

Over P2.6M illegal drugs seized in a week in Central Luzon

Over 1,200 fall, P3M drugs seized in a week in Central Luzon