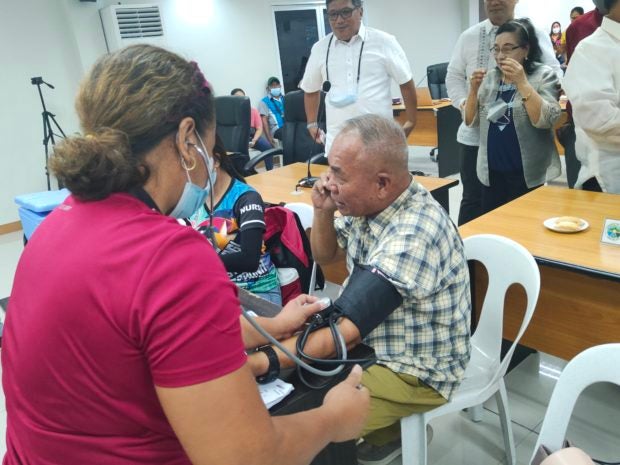 Digos City councilor Juanito Morales is checked before taking a COVID-19 booster shot in this photo taken a few weeks ago. Photo by Eldie S. Aguirre

The charges were filed at the City Prosecutor’s Office in this city after Morales was arrested Friday by National Bureau of Investigation (NBI) agents.

Morales also faces charges of illegal firearms and explosives possession after NBI agents found a handgun and an undisclosed explosive when he was arrested along with 10 others at the barangay hall of Kapatagan during an entrapment operation.

He was caught signing documents selling land identified as part of an ancestral domain, which is prohibited by the IPRA.

Dozens of residents from Kapatagan went on Monday to the prosecutors’ office to show their support for Morales.

Councilor Marc Dominic Fernandez, a lawyer for Morales, said the official fainted inside the prosecutor’s office, prompting the NBI agents to bring him to the Davao del Sur provincial hospital for medical attention.